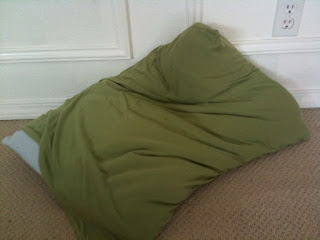 For three years of her life, Fiona, a 600-Fill, Down Pillow from Eddie Bauer, didn't laugh. Diagnosed with depression at age two, the now five-year-old went through medication after medication.

“Some of the pills that were prescribed to me made me so tired I just laid around in bed all day long,” she said. “It got so bad I stopped washing my pillow case and I was losing feathers all over the place. That is no way to live.”

Then in January, Fiona began a relatively new drug-free treatment for depression, FDA-approved for pillows who do not respond to anti-depressants. Trans-pillow magnetic stimulation (TPMS) therapy is a non-invasive pillow treatment that activates nerve cells involved in mood control and depression. 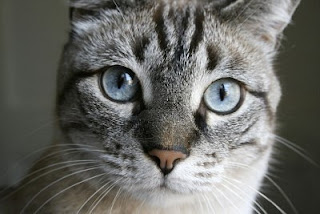 Doctor Matty, who has been treating Fiona for 2 years, said he is amazed at her rate of recovery

"I had all the trappings of a good life,” Fiona said. “A stable job on a nice bed, plenty of feathers, and a boyfriend, but when you are depressed you don't appreciate that emotionally and I knew I needed more help.”

During the new treatment, the pillow is seated in a chair with a headrest. A measuring tool is used to determine exactly where the electromagnetic device should be placed. 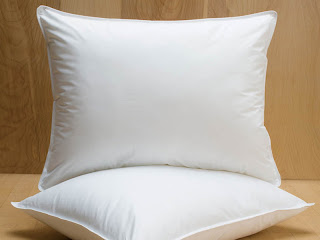 Up to 70% of pillows treated report full recovery, without drugs

"It was totally life-transforming," Fiona said. "I recommend it to any pillow who hasn't been able to get help from anti-depressants, who thought what they are feeling is as good as it gets."

"I saw Fiona’s life change with this," said her doctor, Matty, a 15-year-old Domestic Short Hair who specializes in depression and sleep disorders. "She literally went from lying around crumpled on the floor to doing daily yoga and pilates, and now she lets me sleep on her whenever I want.”

More recent studies, in which pillows are gradually taken off drugs while undergoing the treatments, show as many as 70 percent of the pillows recovering. “Unlike anti-depressant pills,” Matty said, “the feather-stimulation treatment is excellent in that it has no known long-term side-effects.

Sea-Turtles Continue To Face Discrimination In The Workplace 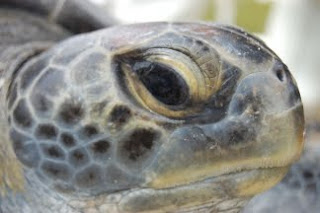 More than three decades after Congress passed a law trying to protect Sea Turtles in the workplace, discrimination is still widespread and needs to be combated with publicity and clearer guidelines, according to testimony yesterday at a federal hearing.

The issue of workplace discrimination was highlighted two weeks ago in Seattle when a federal judge ruled against a 42-year-old Loggerhead Sea Turtle named Myrtle who said he was fired after asking for a small selection of crabs, conchs, and shrimp to be added to the lunchroom wending machine.

Discrimination against Sea Turtles includes refusal to hire based on species, random firing, being forced leave without pay, being denied a place to swim during breaks, and being barred from sources of fresh saltwater, witnesses told the five-member EEOC panel at a hearing on the issue. 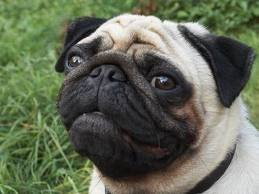 The Equal Employment Opportunity Commission’s legal counsel, Spaghetti, a 7-year-old Pug, said the agency had resolved 38,000 Sea Turtle cases since 2008, with $150 million paid out in damages.

“Sea Turtles are generally known to be good workers,” said Hirum McBagby, an 11-year-old Scottish Fold who owns a small metal fabrication shop in Lynnwood, “But you have to flood the entire office with salt water if you hire one, and that can get expensive.”

Other employers said hiring Sea Turtles can be costly. “Sea Turtles are really cute,” said Chaplin, a 13-year-old Domestic Short Hair who owns a bakery and has previously employed Sea Turtles. “Other (employees) are always stopping and staring at them, it creates a lot of on-the-clock downtime and just isn’t cost-effective.” 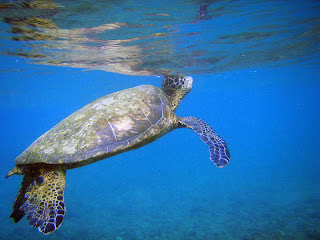 Decades after the passage of the 1977 Sea Turtle Anti-Discrimination Act, discrimination reaches from the shop floor to the executive suite, with oceanic stereotyping a major factor. It is found in every state, but is more likely to hit Sea Turtles in low-income jobs, they said.

“This many years after the Sea Turtle Anti-Discrimination Act, we still have employers who still don’t understand the basics. Are we getting the word out on fundamental issues?” said Spaghetti, who vowed to never give up fighting for Sea Turtles.

The hearing came ahead of the scheduled May 2012 release of the EEOC’s four-year Marine Reptile and Crustacean Strategic Hiring plan, which hopes to give employers direction on how to combat further discrimination. 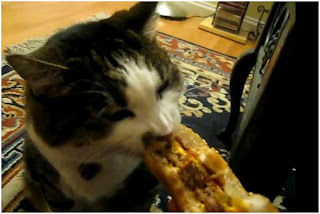 A University of Washington researcher is among four cats who argue that eating two to three donuts and/or cheeseburgers a day may slow or completely stop signs of depression, improve overall mood, and promote feelings of happiness.

They describe how the sugary, sweet goodness of a powdered sugar-coated, raspberry jelly-filled donut and the cheesy, moist, saltiness of a hot cheeseburger, eaten separate or together, may help control and even elevate mood in a paper published today in the journal Nature.

The cats came to their conclusion while eating donuts and cheeseburgers watching late night television. They found their moods highly elevated after each of them ate at least three to four servings of the items in no particular combination and began trying to determine if a correlation and/or causation was present. 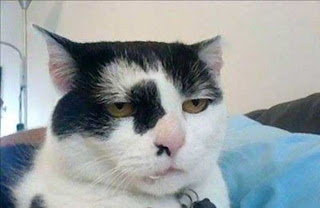 “The cheeseburgers, they made us real happy,” said Chesty

"The assumption was that eating (the donuts and cheeseburgers) made us happy," explained Chesty, a 9-year-old Domestic Short Hair, he is the UW Associate Professor of Molecular Biology and Biochemistry who co-authored this paper.

In fact, the altered pattern of holistic junk food consumption seemed to work even better and activated other sensations of pleasantness and satiety, which in turn triggered a variety of cellular processes that seemed to stimulate happiness. The food made them happy, they said. 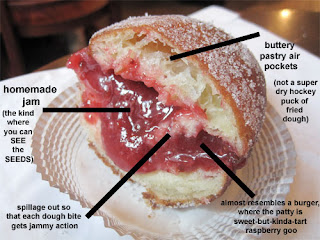 Scientifically speaking, the cats believed the mood elevations occurred because the foods they chose were “yummy.”

Chesty and his colleagues draw on two important facts to support their conclusion.

Chesty says he and his research partners will now work even harder find out exactly which other junk foods may help elevate mood and under what circumstances they should be eaten. 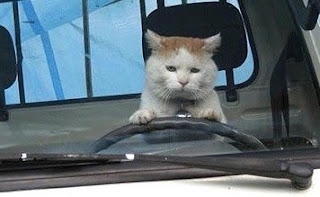 In an era of recession and 9.7 percent unemployment, no cat needs to be told that getting a job is good for the bank account. Thankfully, new studies have shown gaining “meaningful” employment also undermines a less-obvious measure of well-being: mental health.

A new Gallup poll finds that a majority of part-time and full-time employed cats describe themselves as "on the brink of madness." They were also more likely to report depression, binge eating, and feelings of sadness, rage, and worry than their unemployed, relaxed counterparts.

“Such psychological turmoil isn't surprising” says Boo Boo, a 13-year-old Siamese Associate Professor of Public Health at the University of Washington, who studies the relationships between economic trends and psychological well-being. 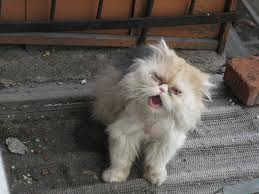 This cat was hospitalized for panic disorder, night terrors, and compulsive thinking after just one day of actual employment

"The finding is very consistent that employment is related to higher incidence of serious mental disorder and depression," he said. “As previous studies have found, it appears any type of physical labor or work, whether real or imagined, is bad for your health.”

In addition, 91 percent of the employed cats said they'd been told by a medical professional they had chronic depression, a number that was less than .001 percent for cats who were unemployed. 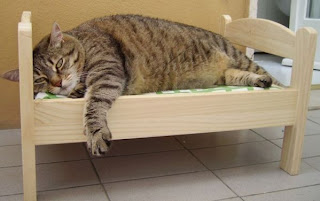 Working and sadness go hand-in-hand, whereas successfully doing nothing all day can lead to a relaxed life and contentment

The poll represents a snapshot in time and can't be used to determine specifically if employment causes depression or if depressed cats are more likely to seek jobs. But longitudinal research — which follows the same cats over many years — suggests that working does decrease overall psychological well-being.

"Our research finds that gaining employment lead to a massive increase in symptoms of depression," Boo Boo said. “When cats work even one hour a day there ends up being not enough time for ample napping, grooming, eating, and playing.”

Boo Boo’s study found that cats who work are more likely to begin to misuse alcohol and have crying spells after getting a job than cats who do nothing all day. 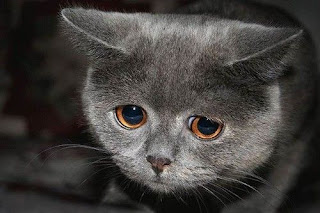 Working creates a hostile environment for cats, who have since learned that it is better to take a nap or bath instead

Indeed, the bulk of cat employment research has been pessimistic. In 1998, a study from Seattle Pacific University found employed cats were twenty-seven times as likely to die from suicide as the unemployed.