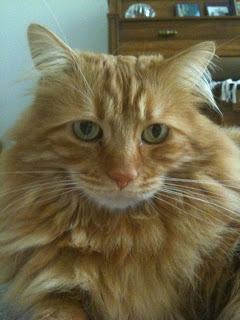 A cat who accidentally farted while shopping at the local Walgreen’s drugstore claims he is being shunned and discriminated against by townsfolk and potential employers because of the incident.

Finn Riley McBagby, is a 4-year-old, neutered, Domestic Long-Hair Ginger, who lives on Hendrickson Road in the small town of Sequim, population 5,700.

He said he accidentally farted “very loudly” while walking down an aisle at Walgreen’s after picking up a prescription and has been treated with dirty looks and rampant discrimination ever since. 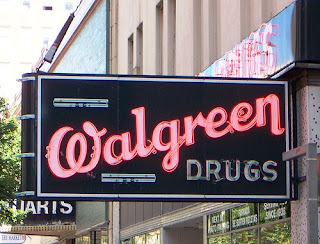 The incident happened at the local Walgreen drugstore

“I didn’t mean to fart out loud, or so loud,” Finn told the Gazette. “It was a huge embarrassing mistake. I tried to muffle it, but it just snuck out. I was just as surprised as anyone else that it happened.”

Finn said after the fart became audible, he quickly said “ouch,” and looking down, quickly scuffed his shoe on the linoleum floor as if to suggest the fart was not really a fart, but the result of some other type of happenstance event like tripping or simply dragging his shoes.

“There were lots of people there that day who heard (the fart),” Finn said. “One cat, a real gossip, she heard it and dropped the box of tampons she was holding. She scowled at me and quickly ran out of the store, probably to tell everyone she knew what I’d done.” 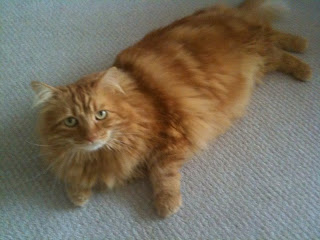 Finn, who lost his job at the Pizza Factory in early September, claims to have since applied for more than 30 jobs and registered his resume with countless temporary agencies since the fart incident, and has not received any response.

Finn said he is now convinced that he is being discriminated against for farting so loudly in public and claimed one recruitment agency said it would not be able to find him a job because "their clients wouldn't like it.”

Finn said, "I think employers feel uneasy about taking me on. A lot of people see my face and all they can think of is that one fart. I get funny looks from people everywhere I shop now. It’s like they all know and expect me to do it again.” 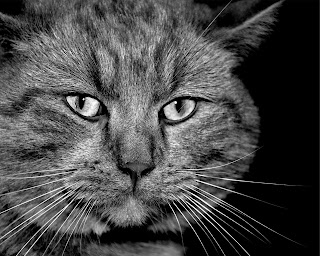 A spokescat for the charity ‘Silencing the Stigma,’ which supports cats who have farted in public places, said today, "If employers are unfamiliar with farting in public, they can, on some unconscious level, make an unfair judgement about someone based on their past, unfortunate farts.” The cat, a 12-year-old, spayed Manx named Barbarella, said she would gladly represent Finn and help him find a job within the greater Sequim or Port Angeles area.

Many cats think that public gas/farting discrimination legislation was first introduced in the mid-1990s. However, the fact is that such laws have been in force for more than 60 years to protect their rights and keep them from becoming victims of a society determined to shut them out or humiliate them.

Before 1995, the legislation dealing with the employment of cats who have farted in public consisted of the Fart Act of 1944 and the Accidental Fart Doctrine of 1945. These statutory provisions introduced a quota system whereby employers with 20 or more employees had to ensure that at least 1% of their workforce were registered as having farted in public.

just when i thin k you cant get any funnier, you do. NICE.

Sharyn, you're my kind of girl! LOL! I've got quite a bit of fart humour on my LOLSpot, too!

I certainly agree with the gist of your article. Farting discrimination is not acceptable!

After all, Fin was only doing what comes naturally.

You know, farts just happen! but tampon's and farts, you come up with the best stories!

From an HR person, I wasn't aware of the quota on Fart-ees and Employees. Thank you for setting me straight (SO glad we don't have enough employees for it to matter!)

Thank you for another great story.

Your imagination is just priceless. You get better and better.. Just Brilliant and a tonic for sure.. HUgs GJ xx

I hope when you go out you wear a helmet or something on your head. I never want you to get a concussion or anything bad to happen to you. You invented this funny genre of cat humor that no one ever has before. It's not too cute just right, just cute enough to be hilarious. It's a fine line and you gotta protect that brain because I'm enjoying every story. I want to be certain you are here to keep writing!

Great piece! I've bookmarked you and will visit often.

That cat is so cute! Finn! Funny story. I peed my pants laughing.

I'm seeing a feature film based on the harrowing experiences of Tiny Dancer. If Dreamworks won't pick it up, there's always the Lifetime channel.

Loved it, Sharyn. Hilarious. And the tampon scene....hahahahahahah!

I am feelin so happy of my first green laser pointer. I just bought this at http://www/techlasers.com website.