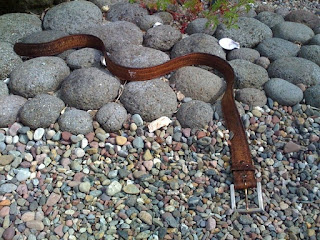 Two local cats were horrified this morning when they spotted a long, scary, belt creeping its way through the rocks in their garden.

The Tall Firs neighborhood in Lynnwood has a long history of belt activity. Indeed, Bigfoot, werewolves, and even cavemen have been allegedly seen and reported in the area.

“It was a hot, stifling morning and I was making my way to the water pot for a drink,” said Seamus Finnegan O‘Reilly, a 4-year-old, neutered, Russian Blue male. 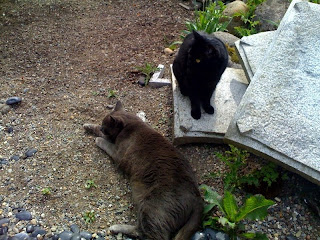 Witnesses Seamus and Mary Jane were first to see the belt

“I remember taking a drink and I noticed something moving on the rocks behind me…it sort of wiggled.” Seamus said.

This is the second report in as many days of strange belts being seen by cats and kittens in this Lynnwood neighborhood area. Many are worried as to the motives of the belts.

“It was like its whole body seemed to sort of shake and wobble as it moved,“ said witness Mary Jane, a spayed, 4-year-old Domestic Short Hair who likes to pee on sofa cushions, “I know it saw us because it looked right up and then went back to what it was doing, just laying there, all creepy-like and slithery.” 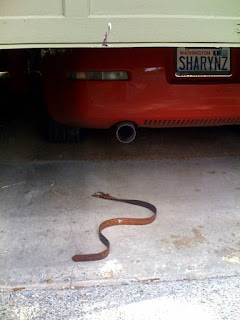 Another belt was seen recently sneaking into a local garage

There are rumors of even larger belts living in the vicinity of an old rusted Ford F-150 just a few blocks away. The Lynnwood Police Department has investigated and has uncovered three such reports.

Recently, an unnamed hiker claimed to have seen one of the belts and described it to a local newspaper as being 19 feet in length.

“It's getting to the point where I no longer feel safe out here,” said Mary Jane, who now only sits up on chairs elevated off the garden floor for some measure of protection against the threat of a possible belt attack. “Until they are rounded up, I am scared.” 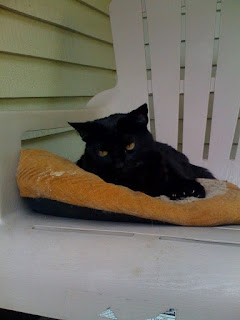 According to zoologists, belts can vary in length, thickness, and skin pattern. Many belts are harmless creatures just out to sun themselves.

Though there are many known dangerous belts out there, no one is certain which type of belt this is and if it poses a threat to the community at large.

Theories as to what the belt may have been doing in the yard range from it being just another dumped pet to that of it actually being one of the overgrown ‘wild’ belts of myth.

This site is so silly. Your brain is crazy cool,, you must ne really fun to hang out with! I can't fathom where you get these story ideas. Great work. Most sites are full of other peoples photos and things, or quick, two second reads. I'm impressed bu the fact that you actually write whole stories here. That takes talent and time, being so consistent. Just wanted to say it. Love to read your work.

Do the buckle up! They're basically stupid, and just spend the rest of their lives just tightening and tightening! Come to my house, you'll never see any wild belts!