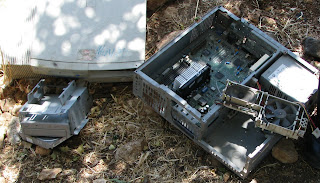 On a sad note today a 4-year-old, metal and plastic, Hewlett Packard computer named Herman leapt out a window to his death after a fight with his wife.

The PC had chewed himself free of his Samsung 17" flat screen monitor and printer cables, and after pushing out the window screen in the study where he lived, jumped 2 stories down to his untimely death.

Police investigators interviewed neighbors, who said they heard the couple fighting increasingly often. The death has been officially ruled a suicide. 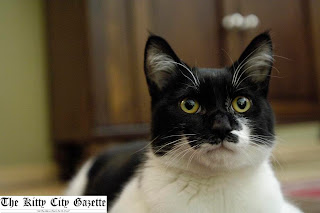 According to police, various neighbors reported hearing his wife Betsy, a 5-year-old, spayed, Domestic Short Hair, “screaming at him, hitting his keyboard in frustration, and threatening to leave him for a brand new iMac.”

"You could see them fighting through the window of their house…see her goading him on," said another source. "She'd flip out and tell him he was too slow then push his power button on and off, yelling at him and pulling at his mouse. He just sat there, helpless.”

Betsy admitted she regrets the abuse she heaped on him, but stated he had been in poor health of late and had “flat-out refused” to download any new Microsoft Windows updates to improve himself. 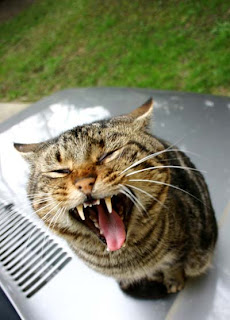 Neighbors lament the sad death of the PC, “it’s just wrong” said one

"We got in fights, like, every night," Betsy admitted. "He'd just start moving really slow and then just freeze up and stop responding to me. Once he even called me ‘invalid!’”

"It was so frustrating with him," Betsy continued. "He just got to a point where all he did was give me error messages. It was like he just couldn't do more than one thing at a time."

"It was only a matter of time," said one close family insider on the condition of anonymity. "She was telling everyone how bad his 'performance' was. She said he couldn't go very long without freezing up on her." 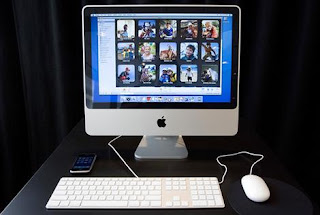 A local mall employee called police after seeing Betsy's photograph in the paper, saying he had seen her just the week before at the Apple store cavorting with a sexy, young iMac.

"They were all over each other," said the source. "She was gazing into (the iMac's) screen and holding his mouse. She ought to be ashamed!"

Once he even called me ‘invalid!’ OMG that's funny.

How many times have we all felt this way??? Omg! Loved it

Oh many WINDOWS did he see on the way down?

Ha ha ha, that's clever, I never got that the first time!!!! Someone should send this to Bill Gates or Steve Jobs!

Seriously! That's great. This site is crazy good. He jumped out a Window, indeed. Clever. I love how he wasn't into downloading updates to improve himself. Poor Herman!

Everything about this site is hilarious! Look at those quotes on the top left, great! I love the ads you have, the series of "Even Penguins Read The Kitty City Gazette...then it gets crazier, like Even Godzilla Reads, Even Asses Read, Even Fruits Read...Even TOOLS!! Ha ha. Are you in advertising because corporations pay huge for that sort of brain and creativity.

This is my new favorite. 2nd only to this:

The vampire bat story, it had my entire office staff laughing out loud. We are a law firm. Very impressive!

I totally needed cheering up. You did it. Again. Thanks!

Those Macs... They're EVIL! See what I mean?

I too often fight with my PC. I need to be more mindful of his feelings. He also freezes up on me and will just stop. I feel terrible for him.

OMG! That is gonna soooo be dad's pc purrty soon. Dad no longer calls it by it's name, Tucas, but sez PC stands fur "piece 'o crap". Mom has been seen canoodling an imac...wonder if Tucas is in for it?

I wonder if he got the blue screen of death before he jumped? I might need to watch mine cause he is getting that more and more often. At least we live in a single story house!

My pc is also acting very depressed. Nothing can get him off his lazy butt. I try to do things with him and he just shuts down on me and won't listen. Sometimes he denies me access to the most intimate of things. It's sad, but those new Macs are younger, faster, willing, and sexy.

LOL, loved it. Very clever. Betsy wised up and got some common sense, good. Btw, there are even newer iMacs out than the one she was seen canoodling at least newer than the one pictured which is the vintage my iMac is, bought just before the new models came out, figures.

Hi Guido! It was great to meet your Food Lady. There's even a pic of your flat on my blog. Just wanted to be sure to wish you and your bean