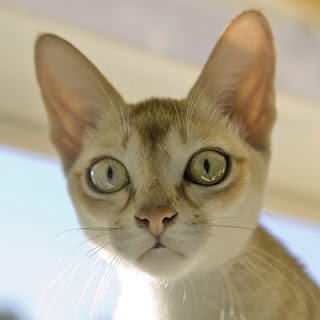 After three months of deceit and secret-keeping, a local cat has openly confessed his love for his gardener, a 5-year-old, plastic and resin Yard Gnome named Ralph.

Although both of them are still married, Ralph and Cyrus Jasper McMuggle, a 3-year-old Abyssinian male and reported local Mafia don, have proudly come out of the closet together.

“Cyrus has found true love here,” said neighbor Janie, a 4-year-old, spayed, Domestic Short Hair, who has lived next to Cyrus and his wife Linda Curlycat McMuggle for the past 2 years. “…And, he is not afraid to show it.”

Cyrus’ wife, Linda, is a 4-year-old, spayed, Domestic Short Hair Calico, who owns and operates a mime school in nearby Edmonds. She said she came home early one day, after forgetting some Cheez-Whiz, only to find the two men caught in a fiery embrace. 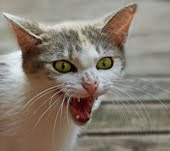 At first, Cyrus and Ralph denied the affair, saying that Linda was ‘seeing things.’ This continued even after neighbors spotted the two lovers kissing and hugging at a Coldplay concert just last June.

After the two came out as a couple to her one afternoon while she was drinking tea and eating an apple fritter, she promptly moved out of the house and is currently staying in a Motel 6.

According to reports, Ralph is spending so much time at Cyrus’ home, he may as well move in. “He even has some shoes and CDs there,” said one nosy neighbor. “The word is, he calls himself Mr. Ralph.”

Cyrus is living it up with his and Ralph’s relationship out in the open. He said he feels the worst is behind them now and they should be happy together. 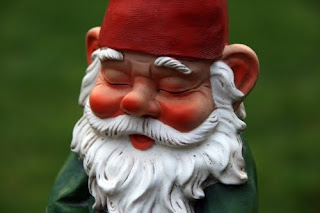 Ralph, a married man himself, said he fell hard for young Cyrus

Not so says Cyrus’ wife, Linda. She says there will be Hell to pay when it comes to the divorce. No word yet from Ralph’s now estranged wife Betty, who is a 3-year-old, plastic, light-up Christmas Reindeer.

“We have been married for two years,” she told the Gazette. “My husband is an embezzler, a well-known thug, a compulsive liar, and as for that Ralph, well, he is a home wrecker, a terrible lawn mower, and a little shit.”

Sources say that the Mafia ‘thug’ will pack up his bags with Ralph and move to Vermont, where they can now be legally married. 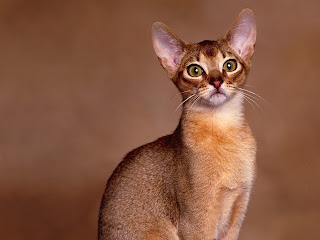 Cyrus said he fears no threat from his Mafia friends

“Ralph is very excited about being Cyrus’ husband, and likewise,” said neighbor Janie, who says she watched the two of them fall in love over the summer during rose pruning and other garden activities. “He doesn’t care what anyone says, he loves Cyrus. He just wants to make him happy and have kids with him.”

Others say now that Cyrus is ready for his life with Ralph he should flee the state quickly, before his Mafia friends can have him knocked off for admitting his same-sex preferences.

you as nutty as a candy bar!

Meows would be happy to officiate the Marriage on my PirateShip fur them!

You're crazy!!! ... in the most wonderful way of course! Love the story and love the photos. You've confirmed what Katie and I have always known... there is definitely more to those gnomes than meets the eye.

P.S. from Katie - Hey Sharyn! Thanx for the cool Kitty City Gazette pens!!! I LOVE them. I'm planning on using them for autographs. When my adoring fans mob me I don't often have an appropriate writing utensil. Gloman keeps stealing the Pez. I've got my eye on him. Thanks again for the great presents! love, Katie

I still can't get the picture of a cat teaching Mime school out of my head! too funny