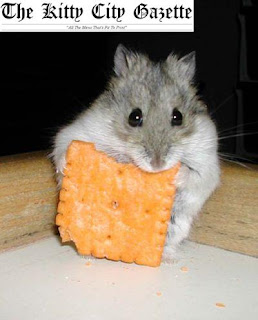 A dispute over a Cheez-It cracker outside a house that hosted a party in Renton erupted early yesterday morning into a violent confrontation that left 2 young cats dead and 3 others arrested for their murder, police say. A small Field Mouse, who was wounded by a flying sofa, also faces charges.

The horrible scene began at approximately 2:00 a.m., outside of a home bordering Renton Park Elementary. Police had already received two noise complaints regarding the party.

Renton Police identified the dead as Meatloaf, a 9-month-old, spayed Tortoise Shell, who was once a barber, and Pedro Gato, a 4-year-old, neutered, Domestic Short Hair, whose wounds included a slice of American cheese to the head. Both were from Auburn. 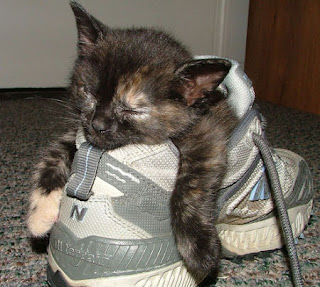 Milo’s limp body was found stuffed into a shoe

A shredded catnip mouse, some crushed Cheez-Its, and a New Balance X-tra Wide women’s all-terrain shoe were all that remained this morning where the two were killed.

Paramedics who came to the grisly scene this morning found Meatloaf stuffed into a shoe and Pedro Gato lying in the grass. A slice of Processed Velveeta American cheese had been cut off a fresh loaf and thrown at him by a partygoer, fatally injuring him.

While it's unclear exactly what happened because there were no sober witnesses, officials have rounded up 16 cats they believe witnessed the crime.

While stuffing a victim into a shoe is a relatively sad, but common modality of murder, death by cheese slice is not.

Experts say attack with a slice of cheese is extremely rare - so rare that "you are more likely to be killed by a bolt of lightning than by (a slice of) cheese," said an investigator for the Renton Police Department. 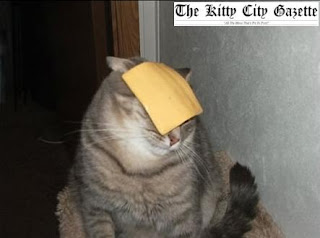 Pedro Gato was hit with a deadly slice of American cheese

Cheshire, a 6-year-old, neutered Manx, who lives on the second floor of the house next door, said he was awakened “…by the audible slap of a slice of cold cheese to the head," and looked out a window to see a small, angry mouse chasing others around and screaming.

"It's just a horrible accident," said neighbor Baby Face, a 9-year-old, spayed, Domestic Short Hair. “I heard all that loud rap music and I knew something bad was going to happen. “It was just a nightmare, everybody was screaming,” she said.

Pax Cage, an 18-month-old, male Field Mouse, suffered wounds from a flying sofa and is at Valley General Medical Center. He has been charged with assault with intent to incite mayhem. 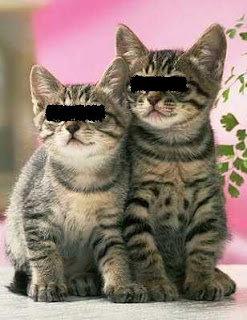 These two minors were arrested for the murders

Two brothers and an Pygmy Goat, who are minors, were arrested and charged with murder and suspicious circumstance.

The minors, ages 4-months, and 7-months, are both being held without bail in juvenile court. Both have been treated and released for cheese-related injuries suffered during the fight.

By Tuesday evening, 11 cats and 5 kittens who had attended the party had been taken to police headquarters, where no one has admitted to cutting the cheese.

love it, these articles always crack me up

This is insane funny! I needed a laugh! My day sucked until now. I'm gonna get me some friggin Cheez Its out of the vending machine! Yippee!

Ha ha ha! "the audible slap of a slice of cold cheese to the head"

omg omg i may rupture something.

Thanx for the giggle!!! We love seeing what is goin on in The Kitty City Gazette!

No wonder people love this site. It's the craziest place!! What an adventure, I love the garbage bag story best!

You crack me up....You know though, Cheez-its do make people (& cats & mice) go insane...why, just last night, hubby finished off the box from the pantry....just as I was getting a hankering for a cheesie snack ;)

OMG! 2 stories in a row - I missed this one! HILARIOUS!!!!!!! I believe the minors charged with the murders should have been held w/out bail and tried as adult cats!!

Velveeta cheese was always suspect as being lethal. Note the many non-cheese and unnatural ingedients listed on the box.

These are truly great shapggy-dog stories, along the lines of Woody Allen's nightclub routines in the 60's and 70's. The story about the deer hunt comes to mind, but can't think of the name.