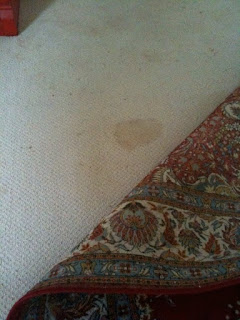 A surprise visit from police today uncovered what appears to be large coffee stains kept hidden under a rug in a Lynnwood living room for years.

The owner of the home, a 12-year-old, neutered, Silver Spotted British Shorthair named Dumptruck, said he bought and used a red oriental carpet to cover up the stain four years ago.

The stain is approximately 12” inches by 7” inches, is light brown in color, and is situated over another, lighter stain of unknown origin. 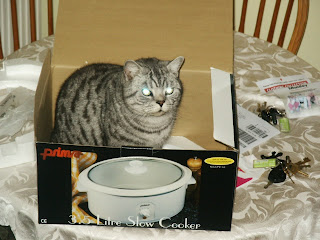 The cat now stands accused of at least three counts of conspiracy to cover up carpet stains and household chore fraud.

“Everyone always said what an exceptionally clean house he kept,” said an insider. “I guess we know better now.”

The 5 ½’ x 11’ red oriental carpet was bought with intent to fool and used in a criminal act, police said. Crumbs and other debris were found stuffed haphazardly under the rug, almost as if the occupant had been expecting a visitor. 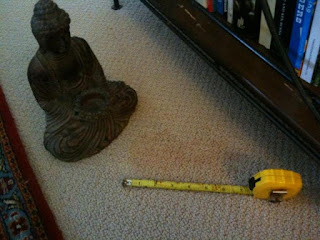 This seated Buddha duped unwary visitors of a stain hidden underneath

Further investigation in the home turned up a seated Buddha statue, which had been creatively placed on the floor to cover up a horrific 7” rust-colored stain that has yet to be identified.

Dumptruck confessed to his crimes, stating his boyfriend of six years, Carl, is “nit picky” when it comes to housework and doesn’t like stains or spots on his carpets.

Dumptruck said no matter what carpet stain remover he purchased, the stains would simply not release themselves from the unforgiving Berber carpet. Desperate and scared, he went to IKEA and purchased the rug to use as a cover up. 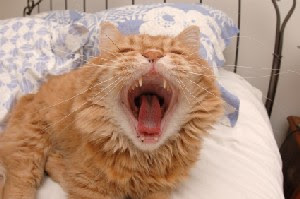 Boyfriend Carl is said to be “inconsolable” with grief

Carl, also 12, is said to have taken to his bed and is “inconsolable” with grief after discovering his boyfriend is not as good a housekeeper as he previously believed.

“I knew I should have just come out and admitted it,” said Dumptruck. “I was really scared about what I’d done and feared what Carl might do.”

Police spatter analysts also found multiple other small stains believed to be coffee, ketchup, tea, and peanut butter, which were also kept secret under the rug.

For shame, Dumptruck! Let this be a lesson to you all: The stain police WILL find you. You can't hide it.

I am so dead meat if my husband reads this.

I am so dead if my husband reads this.

LOOK AT THE TAPE MEASURE !

The police like, what? Came and looked under the rugs. ONLY in Kitty City. Love it, thanks~

That's why cat-homes should never be carpeted, otherwise it's a recipe for cat-astrophe.
Twinkie

Yes, we agree with Twinkie and call for a ban on carpets! Next thing you know they'll be stains ON the rug! And that's when people resort to putting a carpet on a carpet...then it's into rehab.
~Lisa Co9T