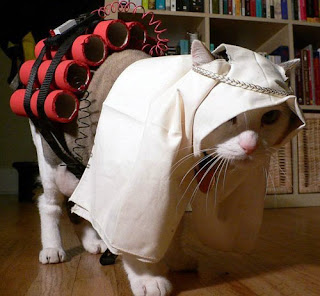 When President Obama took office in 2009, about 10% of the 240 incarcerated POW cats in Lynnwood were said by the government to be "leaders, operatives and facilitators involved in plots against the government.”

Secret documents leaked now say the majority are actually “low-level fighters,” or terrorists who mostly were involved in operations to buy, steal, or hoard peanut butter.

Furthermore, about 5% of the detainees could not be categorized at all, except for the fact that (the POWs) stated they “liked to eat toilet paper and/or paper towels.” The final report by the UN recommended 126 of the POWs be transferred back to their original homes or to a third country; that 36 be prosecuted in federal court for peanut butter crimes; and that 48 be held indefinitely under the laws of war.

A group of 30 Siamese were approved for release if security conditions in their home country improve.

According to the report, more than 60 career professionals including government intelligence analysts, deli workers, and hot nacho bar operators compiled files on each detainee. 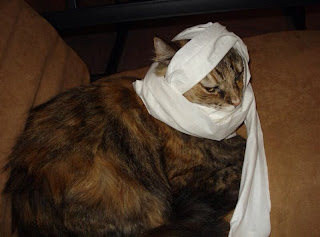 Accused of being a Taliban member, this POW said his only preference was “toilet paper”

The files included capture information, interview reports and other searches done by CIA, FBI and National Security Agencies, as well as files on behavior, mental health, favorite toys, and snacks.

Apart from the 10% implicated in plots against grocery stores and mini-marts, a group of about 20% of POWs were said to have had “significant roles” in the toilet papering of people’s lawns.

Fewer than 10% were actual high-ranking terrorists who posed any threat at all other than to themselves and mice. 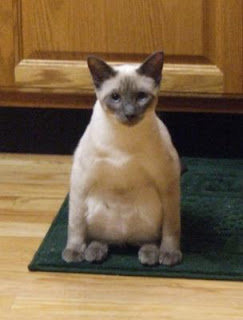 Mustafa, a locally known Siamese Mix, was imprisoned after attempting to buy peanut butter with an expired 2-for-1 coupon and claimed racial profiling later got him arrested

For one POW, Mustafa, a 10-year-old, neutered Siamese Mix, it means finally going home after he was imprisoned a year ago while attempting to buy peanut butter with an expired 2-for-1 coupon.

Most POWs had no comment, but were nevertheless happy that the report had finally come into light.

I can not believe a cat would be a suicide bomber as that one in the first picture.

racial profiling of a Siamese Mix! WHat is next!

Awww! Those kitties are just too cute to be bad!! But isn't this a good comment on our society?

Oh my cat. This one is an eye opener for sure.. We cats are far too soft though.. Immagination is a wonderful thing.. Brilliant story.. Hugs GJ xx