Cat Attacked With Stick Of Butter Will Not Press Charges 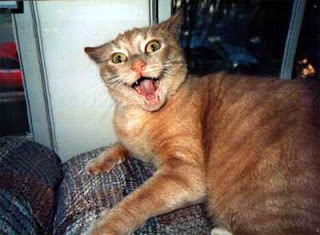 A 3-year-old, neutered, Domestic Short Hair from Everett named Ralph is facing second degree assault charges after he attacked a co-worker with a stick of Land ’O Lakes Butter.

Ralph and another cat were demolishing a house in Everett, where they work on construction team when Ralph apparently turned on his co-worker, beating him with the butter.

Ralph is accused of hitting him in the face repeatedly and hitting him a number of times on the back of the head with the blunt, wrapped end of the butter stick. 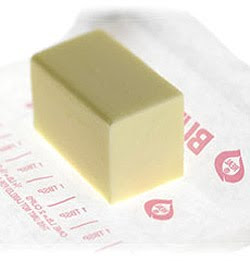 Luckily, the butter had not been refrigerated

Ralph told police he wanted to “kill Chad” because Chad was “stealing the nails for the nail gun from his pouch and saving his own.”

Everett Police arrested Ralph on the scene of the construction site at 4:00 pm. He is charged with second degree assault and buttery. 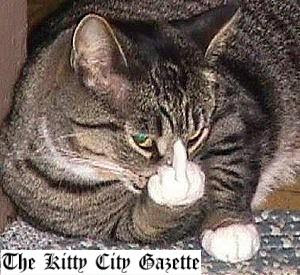 Some felt Ralph might have ‘held a grudge’ towards Chad

Police said Ralph waited until Chad took the next to the last set of nails for the nail gun and then jumped him, pulled him into an adjoining room, and buttered him.

Chad said he tried fighting Ralph to call 911, but Ralph ate his cellular phone. A co-worker sleeping in the next room heard them and woke up, alerting police.

Chad said he had considered Ralph a friend. They had worked together in the past at a business that sells uniforms, police said. Ralph and Chad had an altercation at one time over a girlfriend, leading some to believe Ralph still held a grudge of some sort. 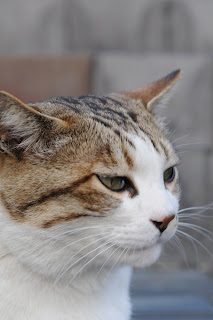 Prudence said employees are “working through…” the incident

Chad is resting comfortably at Harborview Medical Center. The attack has taken an emotional toll on co-workers, who hugged and consoled each other in the parking lot.

"We have counselors on site and we're trying to work through (the incident)," said Prudence, a representative from the company.

“I’m not going to press charges,” said Chad from his hospital bed. “I have known Ralph a long time. Besides, I really don’t think the charges would stick.”

The investigation is ongoing.

Sadly, it seems that butter is not just for recipes anymore. I hope margarine isn't headed down the same path!