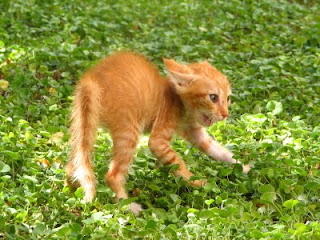 According to a recent federal appeals court ruling, law enforcement officers may now secretly place GPS devices on cats and kittens without first seeking a warrant from a judge.

In January 2010, DEA agents secretly attached a GPS device to a 10-year-old, spayed Domestic Short Hair named Juanita, whom they suspected of rampant apple fritter eating, according to court papers.

When Juanita was arrested and charged, evidence used against her included GPS data showing precisely which bakeries she had been visiting and how many fritters she ate, including the longitude and latitude of where the bakeries were located and how long she stayed there. 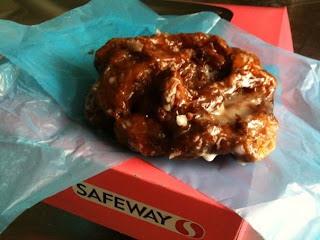 Juanita eventually pled guilty to conspiracy to hoard apple fritters, and is serving a 2-year sentence. Her lawyer has since appealed on the grounds that secretly tracking a cat violates a cat’s “reasonable expectation” of privacy.

DEA agents say they are not worried and applaud the federal court decision, spouting data showing the dangers of apple fritters and prosecutions on a steady uphill climb. 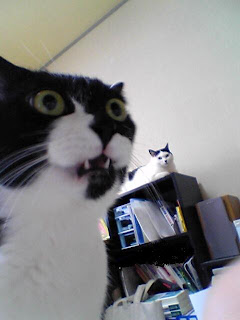 This cat was stunned and frightened when he learned the exact location of where the small, oblong GPS unit was to be inserted

Eating an apple fritter produces a short burst of icing-induced energy which mimics adrenaline, a natural stress hormone made by the body. Users say the “high” they get from an apple fritter can last 6 to 8 hours or longer.

“That icing is so good,” said one cat on condition of anonymity. “Once you have an (apple fritter) you are hooked and soon need another.” Doctors report a positive correlation between apple fritter users and paper towel and sock eating. 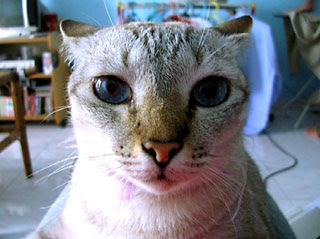 From 1992 to 2009, there has been a 492.1 percent increase in the proportion of rehab treatment admissions for cats under age 8 where clinical diagnosis was reported as apple fritter abuse or dependence.

Agents used this and other data to plead with federal judges for the use of GPS to aid in apple fritter investigations and won. Time will tell whether privacy rights overrule the decision, but for now DEA agents are hard at work in the War on Donuts.

At work, not working said...

""This cat was stunned and frightened when he learned the exact location of where the small, oblong GPS unit was to be inserted.....""

LMAO! That first picture scares me!

Hmm I think kittens are smart enough to work out how to "lose" the GPSs once they realise that the law is against them.

"Doctors report a positive correlation between apple fritter users and paper towel and sock eating". Everyone knows correlations are garbage, it could anything that sets a kitten into paper towel dependency.