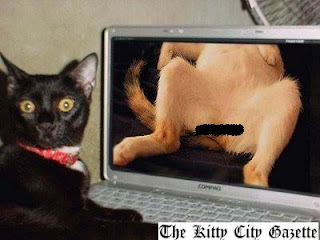 A Seattle cat accused of downloading photos of cute, cuddly young kittens is blaming his pet gerbil to be cleared of the horrible crime.

Bandit, a 7-year-old, neutered, Domestic Short Hair was charged Wednesday night with more than 34 counts of possession of cute kitten pictures, a Class 3 felony, after detectives found more than 2,300 full-color images of fluffy, young, Scottish Folds, Abyssinians, and Tabbies on his personal computer, laptop, and iPhone.

Bandit firmly alleges that he had “no knowledge whatsoever” of the scandalous pictures and instead says his pet Reggie, a 1-year-old Mongolian Gerbil, was behind the illegal downloads. 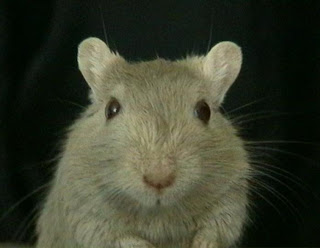 Bandit told police he shares a home with the gerbil in a Ballard neighborhood and believes the gerbil frequently accessed the computer while he was in the bathroom showering and also while he was asleep.

He stated that as far as he knew, the gerbil didn’t know how to type, but once when he had been downloading music and left the room, he returned and noticed the gerbil typing frantically on the keyboard and looking “red-faced.” 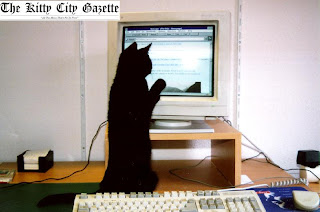 Bandit also stated that on several occasions he came back from the store and found his computer on after he was certain he had shut it down.

Bandit, in the hopes of clearing his name, gave police officers verbal consent to enter the home the two shared.

Officers found hidden boxes of full color pull-out cat and kitten calendar photos, stacks of pirated Cat Show DVDs, and other digital media showing young cats and kittens, some curled up in sleeping positions, some dressed up in silly outfits or posing with ripe watermelons. 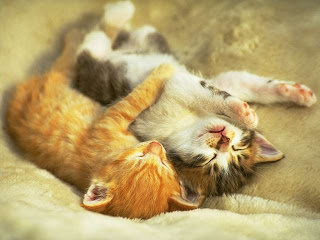 Police said kittens from the town were questioned and said they had never been accosted by Bandit, and police officials said neither Bandit nor the gerbil had any previous offenses.

Some of the images discovered appear to be original photographs, but it is still unclear exactly who took the pictures or how exactly a gerbil could even hold a camera to have taken them, reports said.

GERBIL LOOKS GUILTY TO ME, MOL!


That first photo is priceless.

Shocking! Plus the cat is nuetered, he don't care bout that stuff.
The Gerbil did it! Little vermin skank! MOL

Bandit is so busted

is a little crazy but sympathetic