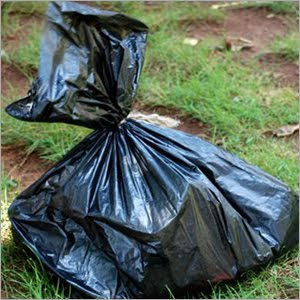 The bag was spotted hiding near a tomato plant this past Monday and was last seen scurrying across the street on Friday night.

“We know he isn’t local,” said Max, a 12-year-old, neutered, Ginger Domestic Short Hair, who has lived in the area with his wife, Bianca, for the past 9 years. “Everyone around here uses cans, either metal or plastic, so a guy like that kinda...well, sticks out, you know what I mean?” 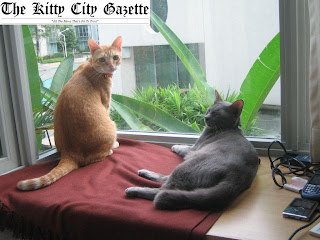 Max and his wife, Bianca saw the garbage bag

Cats who live in the small cul-de-sac have all reported things missing within the past week. Items like cigarette butts, a few empty cardboard boxes, and coffee grounds, led them to believe a homeless garbage bag was trying to support itself in the area.

“I hate to think of garbage bags begging for scraps,” continued Max. “In this day and age when we all have so much for ourselves, it pains me to know there are folks out there suffering." 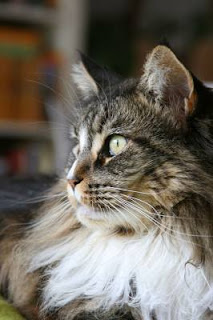 Margene saw the garbage bag through her kitchen window

“He scooted across the street fast. I felt really bad.“ said Max’s wife Bianca, a 9-year-old, Russian Blue, who saw the terrified bag last Wednesday. “He saw me and fled. A few dented, empty tuna cans clanked and fell out of him on his way up towards the next house.”

“At first I thought he was hooking up with Judy,” said neighbor cat Margene, a 13-year-old, spayed, Domestic Short Hair. “She got divorced a few months back and that’s just the sort of trash she’d hang out with.”

Margene said she first saw the garbage bag through the kitchen window while fixing waffles, saying he ‘ducked and tried to hide’ under a car, concealing himself from view. An anonymous neighbor later admitted that the bag told her it was looking for a place to sleep. 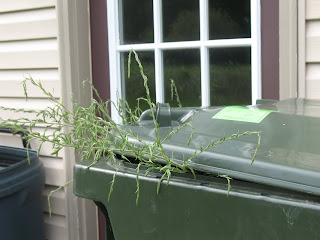 One particular 3-year-old, Plastic, Yard Waste Disposal Can said he saw the lonely garbage bag wandering around and offered to let him use his cell phone to call for help, but stated that the garbage bag admitted he had ‘no one’ to call.

A not so well-known fact about homelessness, 28 percent of homeless garbage bags said they sometimes or very often do not get enough to eat, compared with 15 percent of relatively-low income cats.

please visit my website GarbageDisposerReviews.com for all your garbage disposal related stuffs.