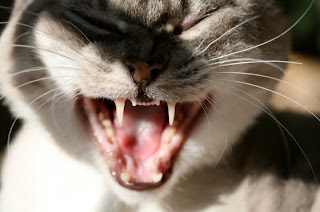 A local cat named Bixby, an already plump, 11-year-old, Domestic Short Hair, is in satisfactory condition today at Peninsula Hospital after a huge donut binge sent him into diabetic shock. He was seen double-fisting jelly donuts, maple bars, apple fritters, and even a croissant, at the QFC on West Washington Street and a concerned witness called 911.

But one day after the July 4th binge, an 8-year-old, male, Domestic Short-Hair named Critter filed a report with the Clallam County Sheriff's Office. He said he had overheard two female underage kittens in the QFC Deli who were threatening to "fat-shame" Bixby on both Twitter and Facebook. 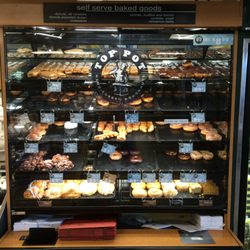 911 Emergency responders found Bixby down on the floor in front of this Top Pot donut display still clutching a powdered-sugar-coated-raspberry-filled donut.

According to the Sheriff's report, one female kitten had previously bullied Bixby by posting wide-angle photos of his ample belly on Facebook. Bixby had been seen by the kittens the next day crying in public while looking at his iphone.

Both kittens were questioned as suspects by a detective and the kitten who admitted to previously posting photos of Bixby admitted to doing so at least 236 times in the last few months, and confessed to plans to repeat the disturbing actions.

The family of Bixby said they weren't aware of any bullying in the past or anything planned. They also told the Sheriff's office that Bixby seemed despondent, but said he did not complain about any incidents. Bixby had been on a low-fat, low-calorie diet plan for the last six months, without success. The parents did admit Bixby was prone to binge-eating when stressed, and showed remorse. 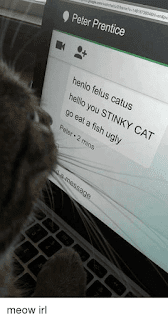 The victim, seen here showing the Gazette a threatening post, had been terrorized by the two kittens for months.

The other female kitten was questioned separately by a detective and said she knew nothing about it, but admitted she thought he was a "fattie", the police report says. Due to their age names were not released to the press.

One of the two kittens was promptly arrested and charged with inducing mayhem, and teasing without the use of a toy. She was suspended from being petted for 10 days with a recommendation for a slap on the rear-end, a spokesman later said. 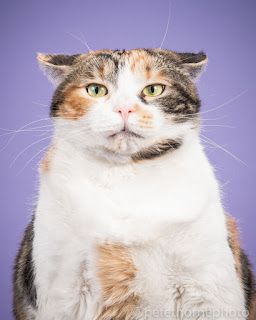 "Bixby is so full of love, I hate that this happened to him and no one knew," said friend Pollock.

"Bixby is just amazing, just plain amazing," said Jackson Pollock, a long-time friend of Bixby. "I was a new kitten here some six years back and he showed me around town and introduced me so there would be no territorial fights and I just started fitting in with him. Hopefully he can see fit to stop eating donuts."