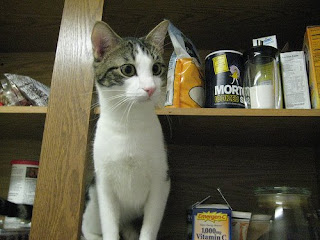 An Edmonds cat reportedly admitted last night that he keeps his butter in the refrigerator, not on the counter.

The cat, Caesar, is a 3-year-old, neutered, Domestic Short Hair male, who has lived in Edmonds his entire life. He was interviewed outside his home on a chilly night and was fairly open as to the status of his butter. I don't really use it myself, but yes, I do keep it in the fridge rather than on the countertop." 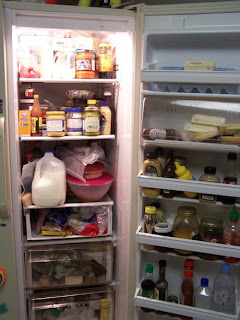 The refrigerator in Caesar's home where he keeps butter

Sources say that butter will keep for a long time refrigerated. Up to six weeks. You can also freeze this product and it will keep for over a year. "My mom always used to keep the butter out on the counter in a butter dish."

Normal butter softens to a spreadable consistency around 15 °C (60 °F), certainly above most refrigerator temperatures. The butter section found in most refrigerators may be one of the warmest sections in it, but it still keeps butter quite cool and hard. 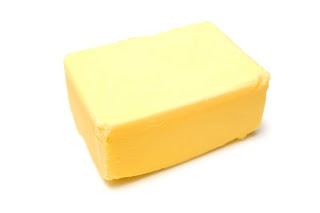 Butter is kept in the refrigerator or covered, in a dish on the counter

Keeping butter very tightly wrapped delays spoiling, which is also hastened by exposure to any light and air, and also helps prevent it from picking up other odors from your refrigerator.

Caesar admits that if he does use butter he simply warms it up a bit in the microwave before spreading it on toast or whatever he needs it for.

Sorry this one took so long guys, got sideswiped today.

wow, you kill me with this stuff. glad you are ok.

keep up the good writing my friend.

You need to write a book. This stuff is incredible. Seriously, I encourage you to keep it up. I read this every day. You have real talent.

BUTTER IN THE FRIDGE, ITS OBVIOUS!

Hell, I better start figuring out what to do with my butter, too.