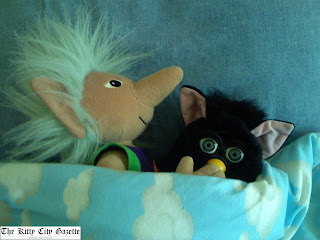 A local cat came home Saturday morning to find her husband in bed with a Furby named Manolo.

Moonbeam, a 6-year-old, female, Tortoise Shell had been married to Oleg, a 7-year-old, Stuffed Troll Doll from IKEA for four years and never had a clue that there was anything amiss.

Moonbeam was shocked when she accidentally walked in on the twosome. She told us that as she was leaving for the local Saturday market she had noticed a small Furby walking up the street towards their home in Seattle’s University District. 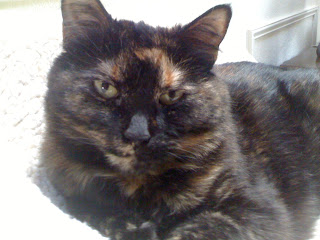 Moonbeam's husband Oleg was once an exchange student from IKEA

“I saw this little Furby,” Moonbeam said, “it kind of gave me a funny look. I had the strange feeling that it had been watching me or waiting for me to leave or something.”

Moonbeam got in her car and went to pick up her momcat in the Greenwood area and headed for the Marketplace. “Suddenly I was standing in the produce section staring at the carrots and I just had a bad feeling, I knew something was wrong.” Moonbeam went on. “I decided that I needed to go home right then.”

Moonbean and her momcat returned to home and Moonbeam unlocked to door quietly. “I heard some strange chittering-type noises that I couldn’t quite make out. Now that I know he was with a Furby, it all makes sense.” 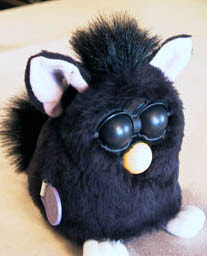 Moonbeam went crazy with jealous rage when she saw what was happening in her own bedroom. Police reports state that she started beating Manolo repeatedly with a toilet brush.

“It hurt...” Manolo said as he was wheeled from the house in a stretcher, "...my battery got disconnected." EMTs and Seattle Police were at the scene. Manolo's family was called to the hospital after the incident and are pressing Manolo to file charges against Moonbeam.

Moonbeam was escorted off the premises in handcuffs and booked on third degree assault with a cleaning supply.

Oleg denied that there was anything more than just a physical relationship with the Furby, stating that they had met over the internet and started emailing each other just a week prior to the incident. 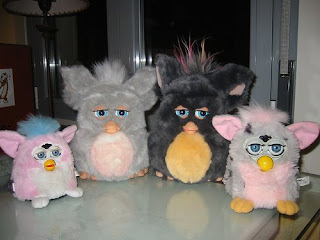 “It is a shame that things like this happen.” said divorce attorney Lex Luthor, “Sometimes two cats just grow apart or want different things from a relationship and in this case it appears Oleg wanted a Furby.”

holy crapp. you kill me every time girl.

Wherever did you find this? What a hoot!

i dunno how. i can never wait till the next post. i swear to god i peed my pants one night at the computer reading 'local cat admits to keeping butter in refrigerator.'

This blog is so funny. We gotta post it everywhere so it can become like icanhascheezburger! then we can all say we discovered it way back when!!! its the best thing since...sliced turkey!

I love it that Manolo was 'shamed.' And the photo of him 'shamed'...im in serious pain from laughter! happy FRIDAY!

Oleg, you jerk! Couldn't you have just talked to her?