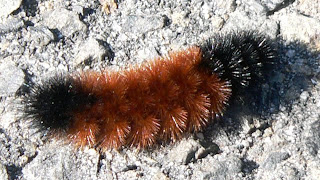 Cats in the upper Queen Anne neighborhood of Seattle are in an uproar over the recent insurgency of furry, cuddly caterpillars seen on sidewalks.

“We started noticing them more and more as the weather got nicer,” said Ghengis, a 7-year-old, neutered, American Tabby. “We’d be walking and then suddenly out of nowhere one would appear…it was frightening.”

Caterpillars in the Seattle area have been living side by side with their feline neighbors for years, but the residents have been noticing an increasing amount of attacks on cats lately, leading them to believe that the animals are becoming more aggressive. 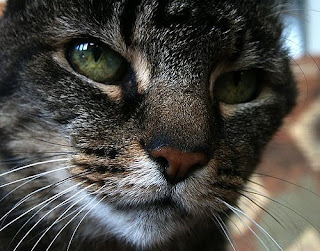 Ghengis was approached by one of the deadly caterpillars

These particular caterpillars are thought to be members of the local Woolly Bear Caterpillar biker gang, recently disbanded after one of their elders was booked on a murder rap.

“These caterpillars have nowhere to go and they are encroaching on our neighborhoods and schools,” said Fergie, a 4-year-old, spayed Domestic Short Hair. “They are looking for trouble and I think they are trying to sell the kids dope or something.”

Previously wanted for killing one of two Bellevue brother cats, the leader of the caterpillar gang “Muffin” is now safely behind bars, but residents fear the motives of the gang. 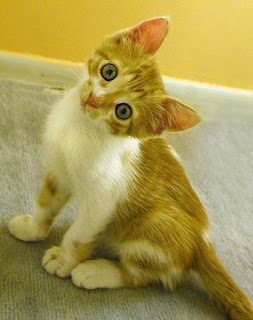 Young kitten Maloney peed his trousers for fear of the caterpillars

“They move around one by one, they are very methodical.” Fergie continued, “My son Maloney saw one yesterday and came home crying because he wet his pants out of fear.”

There have been over 5 incidents reported to Washington Fish & Wildlife concerning the attacks. Recently, one unnamed cat was attacked and now has jagged gashes on his arm and ankle.

Rumors swirl that the caterpillars can grow to 10 feet long and weigh up to 300 pounds. 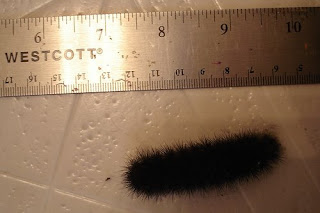 This deadly caterpillar grew to an astounding two inches in girth

Says one concerned neighbor, "How could this happen? How could the (caterpillars) get so aggressive? We have lived alongside them for decades without being attacked. They never used to attack us while walking on the sidewalks or attack our kittens. We hope these caterpillar attacks stop."

The caterpillars have been known to carry concealed weapons and become extremely aggressive upon any type of confrontation.

Residents are advised to give them a clear berth and hope for the best.

Those caterpillars are scary!

The caterpillar gangs are in Wedgewood now too! Lucky Kitty is in witness protection now because of them!