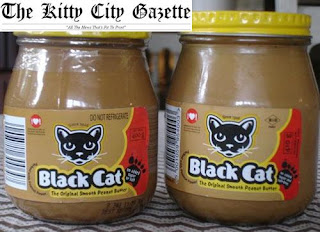 The Seattle office of the Federal Bureau of Investigation today announced it is adding peanut butter to the list of so-called "gateway drugs" like marijuana, that can lead to the abuse of other, higher classes of drugs.

Gateway drugs are those habit-forming substances (like peanut butter) whose frequent abuse may lead to the abuse of drugs that are more addictive and/or more dangerous.

Over the past six months, according to FBI data, the numbers of cats being arrested for peanut butter abuse overall has declined. As cats develop a tolerance for the effectiveness of the peanut butter, they begin to seek out new drugs and “higher highs” according to sources.

The result is an astonishing 35% increase in the number of arrests stemming from the abuse of jams and jellies. 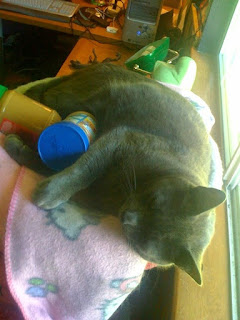 “I got so used to doing peanut butter on a daily basis that I didn’t taste it anymore,” said Wally, a 9-year-old, neutered, unemployed Russian Blue. “I needed a hit, so I turned to free-basing strawberry jam.”

Wally has been living in a crack house for the past 11 months and began his foray into jam abuse by using Smucker’s red raspberry before moving up to sugar-free strawberry preserves just last month.

Some cats and kittens have said in the past that peanut butter is harmless, but the American Medical Association is not one of them.

According to them, cats who do peanut butter are 9 to 10 times more likely to move on to Nutella, almond butter, or thick, rich jellies and jams.

This is now also the formal opinion of the FBI, who published their conclusions from a recent study in Peanut Butter Abuse by the Numbers, an internal-use-only publication funded by the Federal Bureau of Investigation. 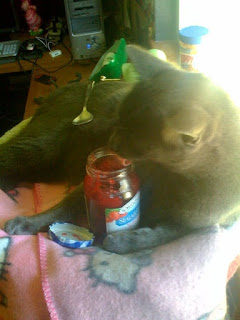 Wally was rescued from a crack house just today

No one is for certain how long a cat would use peanut butter before turning to jam, but one thing is certain, it has begun.

The crack house where Wally was extricated just this morning had over 233 empty and smashed plastic tubs and glass jars of peanut butter, various black-light posters, and a black velvet painting of John F. Kennedy. 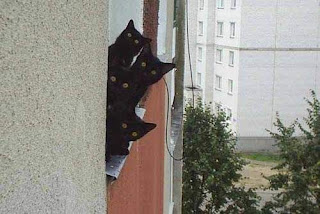 These wide-eyed, tweaking, jelly addicts were rescued from the crack house and are now safe

A seemingly endless supply of needles was found scattered around the house containing apricot and seedless blackberry jams. One cat was found drooling and petting himself on a worn out cot, licking a spoon that had long been empty.

Sixteen cats were rescued from the dilapidated home and over 100 empty jars of assorted jams and jellies were confiscated by the Seattle Police Narcotics Department in cooperation with the FBI.

“Things could escalate here if we are not careful,” said FBI liaison Mike Swift, a 21-year veteran of the Bureau. “We have to stop this quick before cats move on to fruit leather or worse.”

I knew the peanut butter would get me eventually.

This story gave us a laugh attack! Hahahahaha!

That is funny! What about all the doggies addicted to peanut butter?

Too much Peanut Butter???

Wha? Is that possible?

I do not care what the FBI says, peanut butter is a health food, with lots of omega 3, good for the brain.

Also, I love the tie in with the Black Cat peanut butter brand & the "crack house" black cats.

seroiusly folks, read this one too ::::

It's too late for my cat. He has already advanced to marshmallows and potato chips.

I always new that stuff was addictive...glad to see it wasn't just me!