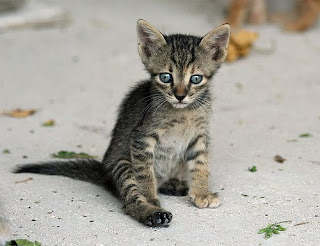 The busy shopping crowd at the Auburn Wal-Mart store was shocked today by the behavior of one cat who spanked her kitten not once, but three times before finally stopping.

The incident took place in the swimming toy aisle when her kitten, Jack, a 2-year-old, neutered, Domestic Short Hair, began to wail and cry after his mom denied purchasing him a giant pool noodle. 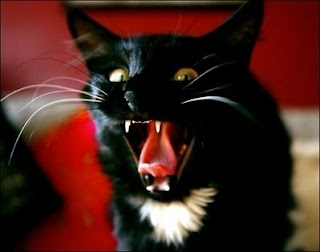 Malibu said her son was driving her to drink

Witnesses said Malibu ‘walloped’ him a good three times before he noticed and started bawling his eyes out. Embarrassed, Malibu then drove her cart to the checkout line as fast as possible.

While many cats approve of spanking their kittens and/or cats, some experts say it is decidedly the wrong thing to do and can teach them a bad lesson.

Spanking only stops misbehavior momentarily. The bad behavior usually resumes because the kitten doesn't know how to, and doesn’t learn not to, act differently.

Darcy, a 9-year-old, spayed, Domestic Short Hair who saw the incident, accosted Malibu as she was unloading her cart. Darcy threw a fresh 6-pack of Hostess Powdered Donuts at Malibu, to which Malibu had a hasty reply ready. 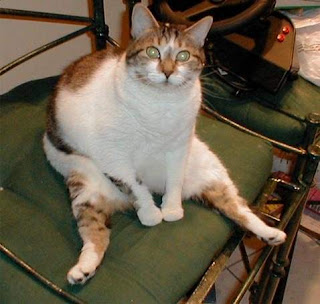 “He is driving me to drink,” Malibu said, “Just last night he spent hours teaching our Myna bird Toto how to say ‘shit-eater’ nonstop and the day before that he was sent home by police for having clogged up all the toilets at a McDonald's with paper. He is out of control and his dad…well, all he can do is laugh.”

This type of punishment is thought to also teach kittens that hitting solves problems. Kittens must learn other acceptable and non-violent approaches to solve problems.

“What the heck am I supposed to do?” Malibu asked, “I have seven other kittens to care for and this one is the squeaky wheel. I’m going nuts.” 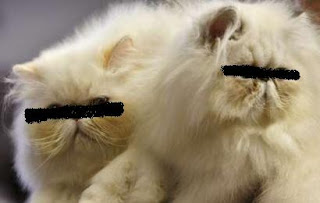 Neighbors who saw the incident plan to notify authorities

Spanking also teaches the kitten not how to act in a well-behaved manner, but how ‘not to get caught’ when the parent(s) are around. This could lead kittens to become masterminds of sneakiness and deception.

Wal-Mart security escorted Malibu and her kittens out of the store and safely into the parking lot.

Two other witnesses, who did not want to give her names, said they are neighbors of the family of nine and will be calling Kitten Protective Services.

Oh man! John and Kate Plus 8 should read this~~~

what a vicious crime indeed. Just buy the kid a noodle.

Poor kitten, I'd wail and cry too if my momma didn't by me a pool noodle.

Hmm, she hadda whap him three times afore he even noticed? And isn't two a little old fur a kitten to be crying about pool noodles, he should prolly have a job and be buying his own. What's dat, none of us haf jobs and don't buy our own stuff either? But, um, dat's diffrint...

Difficult situation.
Leave Kitten at home next time with Dadcat, he may not be laughing then.

2 years old?? He's a mancat and should know better!

I love my yellow pool noodle. Every kitty should own one.

I'd like to buy the world....a noodle...and keep it company!