Cats Who Peed In Pool Must Now Clean It, City Says 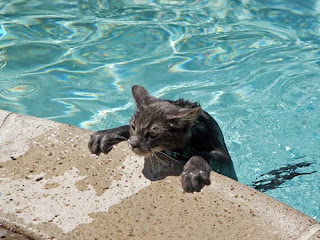 Two Edmonds teencats are busy this afternoon, scrubbing down the now-dry walls of the Edmonds Public pool after they were caught peeing in it just yesterday afternoon.

Peeing in the pool is more common than you might think, about one in two cats admit to doing it and some admit they actually really like it.

Public pools across the country are super busy for the summer season, but the events at the Edmonds pool could make you think twice about jumping in. 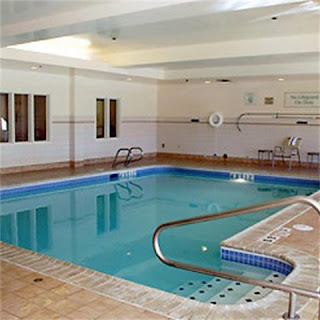 Peeing in pools is a fun and thrilling hobby

“I decided to swim away from everyone else first,“ said Scatterby, who works as a bouncer at Giggles nightclub in Seattle, “Then I started to swim back as soon as I started peeing, to avoid making a warm pocket of it for someone else to swim into.”

Scatterby’s plan didn’t work as well as he intended. A bunch of kittens started squealing about finding a “warm spot” to their mom, who started to suspect foul play. 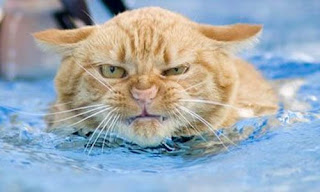 When Cesar saw what Scatterby was up to, he joined the fun. “I decided to walk over into the shallow end so (the pee) would spread out and not stay in one spot.”

According to a recent poll, almost half of all cats admit to one or more behaviors that contribute to an unsanitary pool. After all, peeing in pools is a fun and thrilling hobby.

And you've probably suspected as much, since the poll also showed 95 percent of us believe our fellow swimmers participate in pool peeing.

The momcat who witnessed the boy’s peeing notified lifeguards, who then called Police. The pool was shut down and the cats were told they would be spending the next day scrubbing out the entire pool by hand. 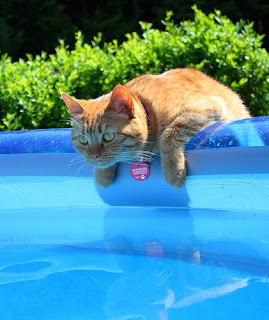 “Peeing in the pool isn’t cool,” said the momcat, who wished to remain anonymous.

One in two respondents admitted to peeing in the pool, and liking it, while almost nine in ten are convinced that their fellow swimmers are guilty of this act.

About a third of all cats admitted that they jump in without showering first. Despite all this nastiness, cats said that they usually tried to put it out of their minds and just try to enjoy the swim.

Whether or not you pee in pools, you should know that unclean water can actually lead to recreational water illnesses like diarrhea, reduced sexual potency, as well as ear and skin infections.

I'm so deprived! I don't have a pool to pee in.

hey, we should try that in our neighborhood pool.

we are not allowed out

How do you come up with this great stuff!! This reminds us of a sign we've seem at a few pools....
Welcome To Our ool. Notice there is no "P" in it, let's keep it that way.

Btw, we'd totally pee in the pool if we had one!

Funny. Love Cesar's face!!!!
Don't know how you think of this stuff, either, but it is hilarious.

shiz! i wanna pee in that pool!

Cats can't use their paws to clean, so that leaves them with only one other way. Their, um, you know... tounges.

1) Weird name, but it is a pretty good idea

2)So, what you're saying is:
The cat who peed in a pool now have to LICK the pool they peed in clean?!