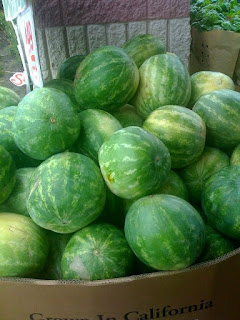 It hit the net like a virus, absolutely out of nowhere. Suddenly, thousands of cats are reporting catching their significant others gazing hopefully at lewd photos of ripe, round, watermelons.

"How can I work on my marriage if my husband is upstairs looking at seedless watermelon?" asked May, a 7-year-old, spayed, Domestic Short Hair.

‘This does nothing for my body image,’ Maya said

May said it all started one day when she walked in on him staring wide-eyed at a glossy, full-color grocery store ad.

"He was staring at the donuts," she said, "Those pudding-filled ones…I think they call them 'bismarks' or something. It was such a shock, and he was drooling.”

The watermelons, are shiny, green, ripe, and rotund. Some cats find them to be too much of a temptation.

"I can't help it if someone chooses to exploit me," said Roland, a 6-month-old Seedless Watermelon from Mexico, "I'm just sitting here, doing my job." 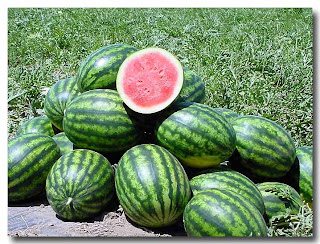 “I am very afraid what this could escalate into,” she continued. “I look at him and can see he’s thinking about something else. Now I think, ‘is it fried chicken? Watermelons?’” 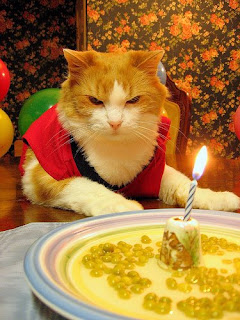 “The watermelon are in the country legally and there is not much you can do to prevent this type of thing from occurring,” said Safeway food manager Mowgli. “The watermelons are not being harmed one bit. For us there is no issue here.”

"Some cats are just real freaks" agreed Piper, a 4-month-old, Organically Grown Watermelon from QFC. "I can't exactly stop someone from taking my picture, can I? I'd just roll away."

I am shocked,mortified..how can this be happening.....I'll be picking myself up off the floor now...LOL