Missing Scratching Post May Be Victim Of Foul Play 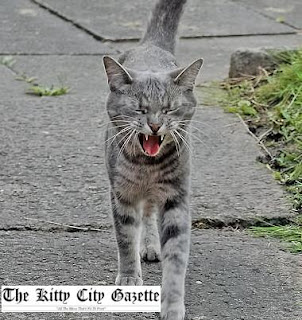 After searching a huge area roughly the size of a small bedroom for the past 72 hours straight, Stanwood Police say they have no clues to help them regarding the disappearance of a catnip-scented scratching post this last Friday night.

The toy, an 8-month-old, rope, wood, and carpet, scratching post named Lawrence, was last seen on the fake hardwood floor of the kitchen where it lived with three cats and one kitten since moving from purrfectposts.com.

"As soon as Lawrence went missing I called the cops," said Tiny Bob, a 2-year-old, neutered, Siamese. "They alerted the State Patrol immediately due to its young age...I think they feared kidnapping." 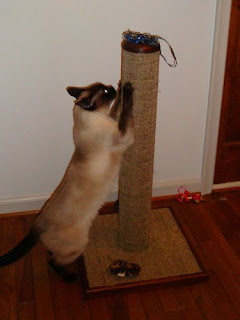 Neighbors say they hope the scratching post didn’t try to cross the dangerous street outside the family’s home, where two-way traffic has claimed the lives of many squirrels, cats, and other inanimate objects over the past years.

The owner of the post, a young kitten named Bugsy, has remained locked in his bedroom, lighting candles, crying and praying for the loved post's safe return. "I used to pee on it...a little," Bugsy sadly admitted to the Gazette.

"Usually in these types of cases the (toy) has just wandered off and will be found by a neighbor or good Samaritan," said Stanwood Police Detective Mike Dixon. 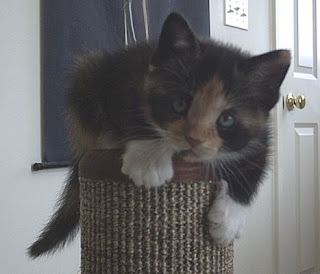 Bugsy, seen here in happier times, said “I used to pee on it…”

"However, we are now looking deeper into this case after finding evidence of (Lawrence's) carpet fibers spattered near the front door and some defensive scratch marks near the kitchen,’ he continued. “There is evidence here possibly suggesting foul play,"

The family is hoping for the best, and neighbors and relatives have gathered at the home to await any news of the beloved post.

"This could be a case of mistaken identity," said search and rescue volunteer Hagrid, an 8-year-old, neutered, Maine Coon. "Its possible someone thought he was rubbish, and threw him out, or worse." 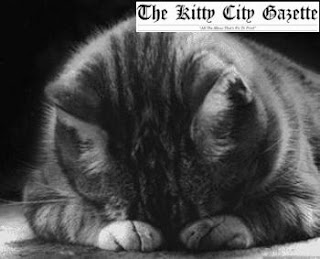 Lawrence’s family is devastated due to his disappearance

Friends say the family lives in fear of a ransom note with horrid demands, like body parts or large sums of cash, or a phone call demanding impossible things at a moment’s notice.

Anyone with news or information about the missing post is encouraged to alert local authorities. Meanwhile, the family is preparing a reward for information leading to Lawrence's safe return.

This is one of your best! I love the crying cats!!!

Here's what you need to do, head over to the contest blog and peruse all of the entries. Then write down your favorite for each category and email them to Doingtheq AT gmail DOT com. You don't have to enter to vote, either-as long as you have a blog you can enter.

Seriously, why doesn't someone nominate The Kitty City Gazette for a best blog? It's the funniest thing we've seen in years. We are computer illiterate or we'd do it.

Poor Lawrence! Lost and all alone!