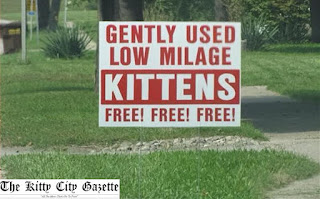 Hundreds of consumers are thankful today for a law protecting their rights after they adopted kittens they claim are now “malfunctioning” and “defective.” Complaints range from sudden, erratic bursts of acceleration to outright breakdowns and exhaust failure.

"I felt so smug for a while," said Chessie, a 4-year-old, spayed Tortoise Shell of her new kitten Rutherford. "Especially being in Seattle, I felt like one of the ‘in crowd’ to have a mixed-race kitten."

The kitten had a "cute little body" that Chessie loved, and she reveled in playing around like a "new mom," watching the energy-usage display on the kitten’s center console. She just never expected maintenance issues with such a new kitten. 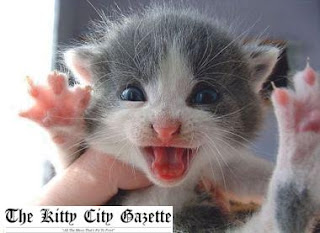 She recalled a rainy evening when she was out for a walk when suddenly she felt the kitten hydroplaning out of control, and when she glanced at the speedometer she realized the kitty had shot up to 90 mph.

She reported to the Gazette that she pushed on the brakes, but they were dead. Then just as suddenly as the kitten had taken off, it shut down, leaving her stuck out in the rain on a cold night.

The company that produced the kittens claimed they were “low mileage” and “gently used,” citing volumes of complex technology that went into manufacturing them. 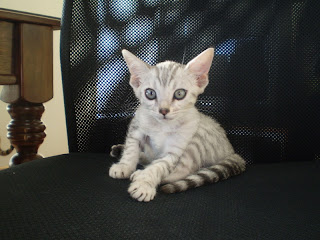 Young Rutherford, above, reportedly accelerated and stalled while out on a walk one rainy night

“Sometimes the kittens will accelerate on their own,” said a lawyer representing one adoptive family in a statement. “Sometimes they unexpectedly stop dead. Users of the kittens have discovered they can be an unexpected adventure.”

“I brought that thing home and the first thing it did was eat my mother-in-law’s poodle,” said Rambo, a 5-year-old, neutered, Manx from Bellevue. “That little thing got me into a lot of trouble and I want some answers.”

One sad parent recounts a story in which she was sitting, petting her new kitten, when suddenly, “…it took off in a sudden burst of acceleration, veered madly to the left, went screaming down two flights of stairs and into the laundry room wall, where it left a huge dent.” 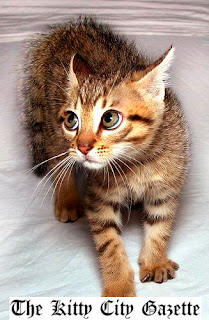 “When I got my new Dexter home, I could tell there was something wrong,” said Mary-Jane, a 3-year-old, spayed, Domestic Short Hair. “He’d get up and try to run and then just suddenly stall out and fall asleep.”

“I don’t know what was wrong with mine, but the exhaust from that thing was abhorrent,” said Bilko, a 6-year-old, neutered, Domestic Short Hair who adopted a kitten with his domestic partner. “I took him to the muffler shop but they said if I did anything to him it would void the warranty.”

Angry consumers are encouraged to file a claim. Before you attempt to claim a refund or replacement under Lemon Laws, you must give written notice by certified mail to the manufacturer and its dealer or repairing agent.

Thank god you're back! I missed your craziness. Love to you and your family. You are a beautiful woman, keep up the good writing!!!!!!

OH, no, We will have to be very careful when looking at a used kitten!

That pic of the kitten who ate the poodle is killin me. Too funny!

I just found your blog through the Cat Blogosphere. Hilarious Fun!!!

...now I'm wishing I had gone for Katie's extended warranty. Even at five years old, she's still as unpredictable as a newbie kitten.

holy crap this is funny shit

I always enjoy the "kitty news" you print, but this one ranks up there as one of your top ten stories ;)

Looks like your car in the shop melded with the kitty world. Perfect Kitty City.