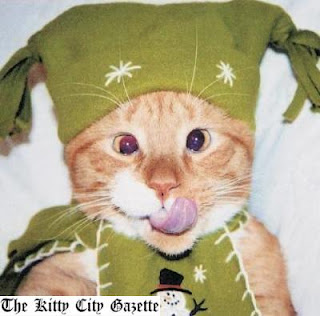 Two cat pilots who work for American Airlines have told investigators that they were buying “cute outfits” on their laptops, a clear violation of company policy, while the plane they were piloting nearly crashed into the Rocky Mountains, the National Transportation Safety Board said today.

The pilot, Xango, a 9-year-old, neutered, Siamese Mix, and co-pilot, Slim, a 10-year-old, neutered, Domestic Short Hair, were both perusing scarves and hats “with ears on them” when they noticed the plane about to crash into the rocky crags, and quickly pulled up.

The cats said in interviews conducted over the weekend that they were not fatigued while shopping online and didn't fall asleep, the board said in a statement. 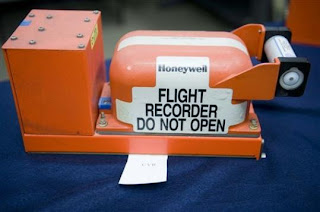 Instead, Xango told investigators that they both had their laptops out and that he was shopping while the co-pilot, who had more experience with navigation, began mixing drinks and blending strawberry margaritas. The pilots were out of communication with air traffic controllers the whole time.

The flight recorder data reported to the NTSB showed that the cats had been to over 120 different websites, including the Kitty City Gazette, since takeoff.

Aviation safety experts who are investigating the near-crash said it was more plausible that the cats fell asleep during that phase of the flight than that they had become so focused on a silly website that they had actually forgot what they were doing and nearly killed 324 people. 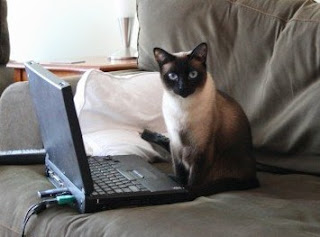 Air traffic controllers in Seattle and Denver repeatedly tried without success to raise the cats’ flight by radio. The airline even tried contacting them using a radio message that played “Baby Got Back“ by Sir Mix-a-Lot. No one could get a response from the cats.

Authorities became so alarmed that National Guard jets prepared for takeoff at two locations and the White House Situation Room alerted senior White House officials, who monitored the flight in case it had been hijacked.

"It's inexcusable," former NTSB Chairman Jarrod Wheatly said. "I feel sorry for the cats involved, I know they didn’t get their purchases made in time, but sometimes you lose the internet connection up there." 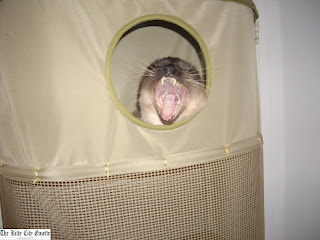 Xango was sent to his room without dinner after the incident

Both cats told the board they had never had an accident, incident or violation, the board said. After nearly crashing the plane and killing all 324 people on board, Xango was sent to his room without dinner, where he reportedly cried for six hours straight.

The cats acknowledged that while they were engaged in shopping on their laptops they weren't paying attention to radio traffic, messages from their airline or their cockpit instruments, the NTSB said.

The panel ruled that from now on, pilots would not, for a period of time, be able to surf the internet on laptops or buy outfits online unless one of the two were actually flying the plane.

jeezuz criminy. i swear to gosh i peed myself. im seriouz

I wonder if this would give those 'hoomans' some ideas fur their next story?

I swear you are so funny. I CAN'T BELIEVE THIS STUFF. Serious. Keep it coming. All I can see is the cats in the cockpit blending margaritas and "Baby Got Back" playin' on the radio...

Oh, and the shopping!OMG! A scarf or hats with ears!!!!! OMG! OMG! ROTFLMAOOOOOOOOOFFFFFFF!

There's my Xangô's mouth that is actually bigger than his face!! Isn't he soooo cuuuuuuuute!

LOVE this story! I fostered, then adopted Xangô minutes before they were going to euthanize him at the kill shelter just 'cause he was 9 (he's actually 10 now) and the shelter was full of kitties. Sniff... no one gives love to the elderly.

Just when I swear to God you can't do anything funnier than that Garbage Bag story, you DO.

I wanna can your brain and sell it!

ok. OMG, it is funnyer than heck!

How many time did I say! How many! Make sure there is only one laptop in the cockpit. That way only one pilot can be surfing at any given time. HEHE...

Inspired by true events... the best kind of humor there is!!!

I LOVE "Xango said he’d found 'just the right scarf' before having to pull up the plane."

i am laffing soooooooooooo hard at that picture of Xango crying his butt of after being sent to bed with no dinner...after nearly killing 324 people!!!!!!!!

HA HA THAT GIRL JULIE'S CAT REALLY LOOKS LIKE HE'S SCREAMING ABOUT NOT GETTNG ANY DINNER!

My goodness it is funny!
Especially the first photo!

OH MY CAT!!! we is laffin and laffin!

My mum is laughing so much she is crying.. Brilliant as always.. Hugs GJ xx

can't you just hear "Does this pattern clash with the rings on my tail?"

Great story. Everyone can use a good laugh.

I laughed so hard after reading this and then calling my girlfriend to tell her about it that I actually broke the chair I was sitting on and then was still laughing in the collapsed pile of wood, and still on the phone.

What great coverage of this news event!!! We don't think dogs would ever do such a thing:-)

Your writing is superhuman. Must be my influence.