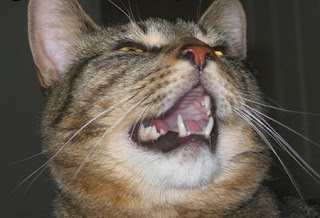 A local cat who gave in to a recent food craving is now happy and in disbelief at the good luck he has reaped from his choice of snack food.

Ben, a 9-year-old, neutered, Domestic Short Hair said he was shopping for bargains at his favorite store, Bartell Drugs, and saw packages of fortune cookies for only $2.99.

“I love fortune cookies,” Ben said. “I hadn’t had Chinese food in a long time, but for some reason they really sounded great.” Ben said he purchased a bag along with his other parcels and went home as usual.

Ben said he sat down for dinner that evening intending to eat a ham and Swiss croissant sandwich, but the urge to eat the cookies was too great. He said he lost control. 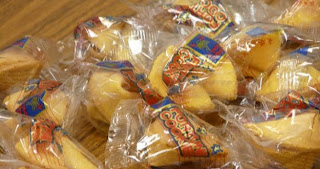 The fortune cookies were reportedly very delicious and crispy

“I just said the heck with it and went and got the whole bag out,” he told the Gazette. “I was sitting and watching Ocean’s Eleven by myself. I ate a few cookies, then just couldn’t stop. They are so crispy and good, before I knew it I had eaten all 65 cookies, fortunes and all.”

The next day Ben said his morning started with the feeling that a pleasant surprise was in store for him. He said a friend who he had not seen in years visited him, gifted him with a small cactus, and told him how much he valued their friendship.

Ben reported that the next day a grand party was held in his honor where his work ethic was praised, everyone telling him that he was “the best” at what he did. He said all of his talents were recognized and he was rewarded with a large raise. 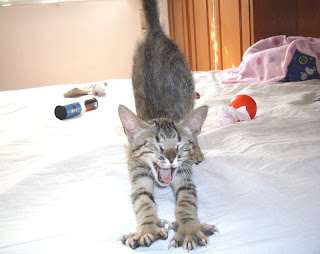 “I remember reading a few of the fortunes in the cookies,” Ben said. “But most of them I just ate, I think. I suddenly realized that they were coming true, it was very odd, but something in me told me not to rush to judgment.”

Days later, Ben’s ultimate wish suddenly became reality when it was announced on the radio that he had won a lifetime supply of apple fritters from his favorite local bakery. Then, on a hunch, he played a few random numbers that were stuck in his head and won over $500,000.00 in the Washington State Lottery.

“It seemed wherever I went that week, happiness awaited,” he told the Gazette. “Even at the video store, they said I was their millionth customer and all my rentals would be free from now on.” 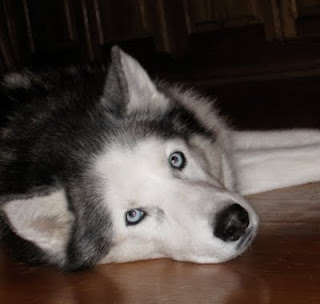 Ben said he has no idea what spawned the sudden rush of good luck, but said he feels “in his belly” that it was all somehow meant to happen.

“My long lost love, who had dumped me years ago for a Siberian Husky named Phantom, suddenly called me up and said she still loved me and wanted to get back together,” Ben said. “She said ‘time is the wisest counselor’ and that she had smartened up since then.”

“I realized that my dreams must be bigger than my fears, I’m so hopeful now,” Ben said. “I look forward to the future with an open mind and heart.” Ben said he is being peaceful and patiently awaits whatever comes his way next.

Dang! I been eating all the wrong stuff!

Ha ha ahahhahahah i love them too.

Love the "All Your Wishes Will Soon Come True" stuff. I got that one last time at the Chinese place!

Fortune Cookies?!? That's all it takes??? Mom had better ask Santa for a CASE of them!!! We wish you and your family a very happy Thanksgiving!!!

Well, we'd better start eating those fortunes instead of just reading them!

Phantom here. Wow, I never expected to appear here in the Gazette. Now if someone would please send me a pic of this lovely lady? I seem to have forgotten which of my girls she was?

Phantom! You can't remember who this girl was? You are just such a cool boy!

oh wait - EAT the fortunes. THAT'S what we've been doing wrong. we READ them. Silly us.

The funniest fortune I ever got had a typo on it. It was some meditation/affirmation thing that went kind of like this: "Relax and look inward to find your inner peace and clam."

My husband and I of course nearly choked we were laughing so hard.

From here on out, for the rest of our lives, we'll be soothing hot tempers with our new favorite mantras, "just clam down" and "everyone remain clam."

I'm swinging by the grocery store on my way home from work in the morning, and buying a bunch of jumbo sized bags of fortune cookies.

I just found a fantastic house online, but it costs $1,849,834 dollars more than I have at this point. Maybe adding the fortune cookies, WITH fortunes, to my diet will help me find the funds to purchase my new home.

I'll start feeding fortune cookies to my cats and dog as well, as I know they would like the new house better than the place we're currently camping out in...