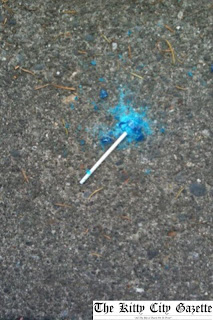 Edmonds police said they are searching for the cat or cats responsible for smashing and killing a lollipop on Friday afternoon.

Officers called to a local neighborhood around 4 p.m. found the 8-month-old lollipop, lying in the street with what appeared to have been a crushing blow to the head.

The lollipop was quickly rushed to the Stevens Medical Center, where she was pronounced dead from her injuries. 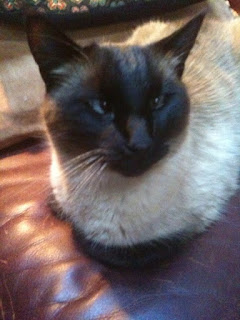 Dodo said Bing-Bing was a “…sucker for anyone asking for money.”

The body of the lollipop, who was working as an instructor at a local school, also showed signs of possible strangulation, while her purse and other belongings were missing, according to police.

The police have started an investigation, suspecting that the lollipop may have been robbed and killed at close range.

The lollipop has been identified by the police as Bing-Bing, a Blue Raspberry, Charms Blow-Pop, who had been imported from China and worked at Edmonds Community College. The school said she had been working there for five months teaching pottery. 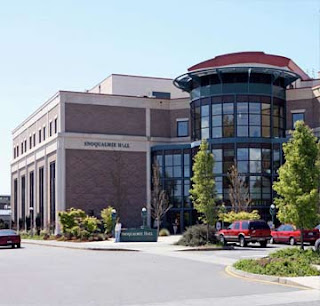 Bing-Bing reportedly had a meal at a friend's place Friday afternoon and went home alone at around 3 p.m. The friend, Dodo, a 6-year-old, neutered Siamese Mix, asked local police to search for her after she did not answer a Facebook message later that evening.

“I’m shocked and stunned at what has happened,” said Dodo. “I wouldn’t be surprised if she was robbed, she was a sucker for anyone asking for money.”

A local cat named Harry, a 4-year-old Domestic Short Hair, was in the process of trying on multiple pairs of pink satin and yellow cotton women’s underpants when he glanced out the window and saw the body of the lollipop laying crushed on the sidewalk. 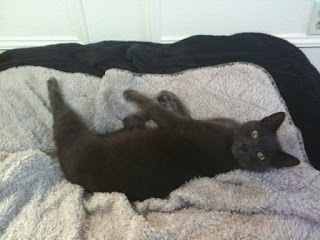 “I feel so bad for that lollipop,” said Harry. “It looks like she really put up a fight though. She took some pretty bad licks. It’s very sad for her family.”

Edmonds Deputy Coroner reports state Bing-Bing had trauma to her head, but would not speculate on how it occurred. The report said it did not appear Bing-Bing was hit by a vehicle of any sort.

An autopsy is scheduled for Monday morning at the Snohomish County Coroner's Office to determine the exact cause and manner of death.

Anyone with information is asked to call Edmonds Police.

what a terrible crime. We hope the killer is caught soon.

Oh my you did it again.. Your mind must never stop working.. LOL Fabulous.. You have a big fan here across the pond.. Carol and GJ x

I feel terrible. Poor lollypop! What has the world come to! BOL
Twink!