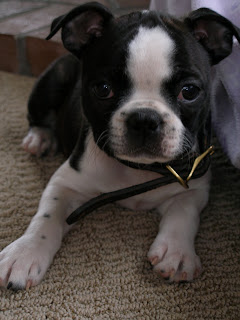 Edmonds police officers arrested seven cats today in connection with an attempted robbery that occurred at 3:10 p.m. near a food cart at the ferry terminal.

The suspects approached the victim, Henry, a 3-week-old Boston Terrier pup, assaulted him, and attempted to steal his corn dog.

The cats fled after a brief struggle and the victim used his cell phone to call police. 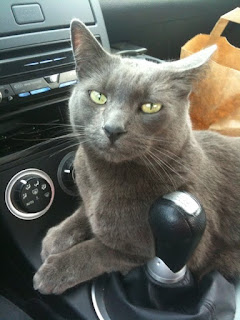 Witnesses said the cats were skilled and organized

Officers combed an area around Sunset Avenue and Main Street and located the cats hiding in a parking lot near an ATM.

At the same time, a vehicle thought to be associated with the suspects quickly left the parking lot.

Witnesses said the cats hid on the roof of a warehouse next to the corn dog cart and used rappelling equipment to drop down to where the victim stood putting mustard on his corn dog. 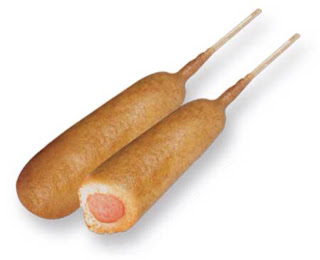 Had they been successful it would have been the fifth such violent robbery in as many weeks.

The cats suffered no injuries, although the corn dog, which fell to the ground during the struggle, lost its life.

The corn dog was believed to be destined for the black market, perhaps overseas. 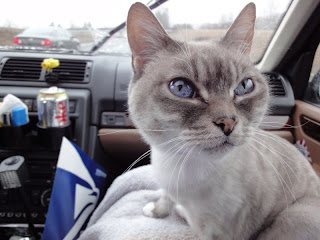 Names of the suspects have not been released to the public

Trafficking in corn dogs, which are a Schedule II substance, carries a penalty of not less than 10 years in prison and a $4 million dollar fine.

The identities of the robbers have not been made available to the public. Witnesses said one of the cats appeared to be Siamese.

two days withoput kcg WAS LIKE A SUMMER WITHOUT THE SUN.

I feel so sorry for Henry he looks so sad. I didn't think domestic cats could work as a pack they are usually to busy fighting each other.

a Schedule II substance! that is funny!

I have a craving for a corn dog now! Too bad they don't sell them in the UK! :-(