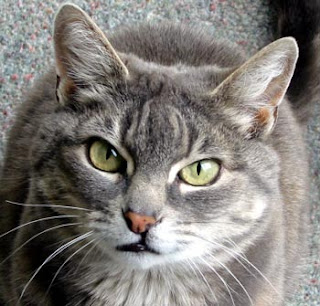 An April Fool’s Joke gone awry has sent one local cat into depression and has angered his friends and family.

On April Fool’s Day morning Jared, an 11-year-old Domestic Short Hair male, was eating an apple fritter and watching his favorite actor and notorious cat lover, Billy Mays, guest star on ‘The View’ when he heard a knock at the door.

“I looked out the peephole and saw two ducks standing there.” said Jared. “One was holding a book and they both had name tags on.”

Jared opened the door and was pleasantly greeted by the male duck, who introduced himself as Sinclair. The duck then said he was a member of the Church of St. Sebastian and asked Jared if he had ever considered becoming a duck. 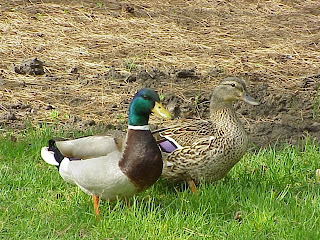 The ducks were in Indio on an extended migration

Sinclair told Jared that if he became a duck he would be joining a group of nearly 10million ducks in America, be able to take flight from water almost vertically, and fly up to 70 feet per second.

“I have always really liked ducks.” said Jared, “I had never really thought of ever becoming one, but the more I listened to what he had to say, the more I realized what I was missing.” 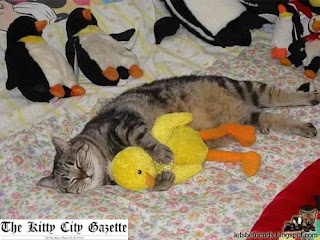 “I grew up Catholic, so I have the whole guilt complex thing.” said Jared. “The more I thought about becoming a duck, the more I could see myself being free and happy.”

Sinclair and his traveling companion, Betty Lou, told Jared that another benefit of becoming a duck is the comfort of a monogamous relationship and extended vacation periods, or ‘migration’ seasons.

Mallard Ducks usually have the longest migration of any duck, extending from late summer to early winter. They usually begin their migration back to the breeding grounds in March and April. 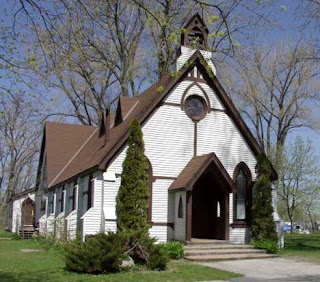 The ducks said they represented the Church of St. Sebastian

“Imagine having that much vacation!” exclaimed Jared, “I have been working for the same company for 5 years and all I get is three weeks a year. It really sounded great to me. I asked them why ducks fly south for the winter and they said it is too far to walk.”

Just when Jared agreed to go with the ducks to their church, the ducks laughed and shouted “April Fool’s!” leaving poor Jared at the door, in tears.

“They ran off…” Jared said, “They just left me standing there, full of hope.”

Jared called his mom and told her about the incident. She immediately called the Lynnwood Police Department and filed a complaint, but said that Jared is ‘inconsolable.’

Friends who tried to reach Jared said he is not returning phone calls and one friend who went to visit Jared stated that they found him alone, sleeping on the couch.

Poor Jared!! Wat a terribul fing to do to a kitty!

We are sorry Jared! It seems you can never trust a duck!

I never knew ducks could be so cruel. This is a very sad story.

Poor Jared. He needs some serious counseling to reaffirm his knowledge that we cats are the superior species.

Oh my Cod. That is freakin' funny!

Mom has warned me about strangers at the door wearing name tags and carrying leaflets!
(Are you back home yet? hope...hope)
Cat Mandu