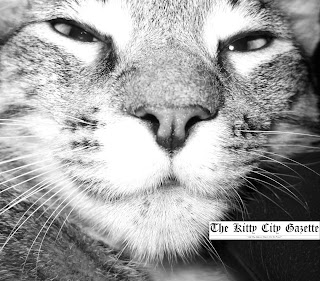 Top ranked Senate Aide Corky, a 5-year-old, spayed, Russian Blue and her domestic partner Fibby, also 5, evicted a tenant from a Main Street two-story apartment building they own after neighbors identified it as the site of rampant paper towel eating, police said today.

Corky said she learned of the problems at the building after Edmonds Police met with building supervisors as part of a program targeting alleged drug houses.

“Apparently someone had seen (the tenant in question) eating and shredding roll after roll of paper towels,” said an insider. “Just mindlessly ripping into them, as if in a trance. I guess they called the cops.” 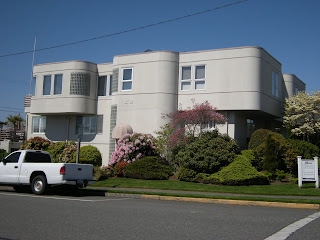 The paper towel eating occurred in this Edmonds apartment building

An officer involved in the meeting gave the building owners a document indicating they knew paper towels were being eaten at the property.

“We’re landlords here just like everyone else,,” Corky said. “We did what we had to do as soon as we found out about it. It is a travesty. We, as a couple, do not eat paper towels ourselves and want to put this issue to rest.”

Reports say the F.B.I. is reviewing the case for possible legal action under an Edmonds ordinance intended to target and clean up homes used by gangs or by drug dealers. 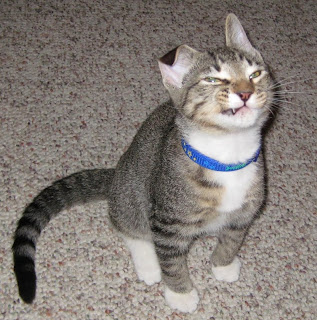 Neighbors said Buddy appeared to be a “nice boy…”

The evicted tenant, Buddy, a 2-year-old, neutered, Domestic Short-Hair, said he had “no idea” that eating paper towels was illegal, despite the fact the he hesitated over letting police inside, and had over 125 rolls stashed in the apartment along with 50 rolls of double-ply toilet paper, and 72 bags of Mini Chips Ahoy Chocolate Chip Cookies.

When confronted by police, Corky said Buddy simply “feigned ignorance, even with scraps of (paper towel) hanging from his mouth.”

“He looked to be a nice boy, a single cat,” said an elderly neighbor of the young cat, who had lived next door to her for the past year and a half. “He said he knew nothing about eating paper towels.” 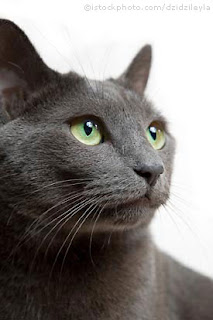 Corky and Fibby were at the property today overseeing repairs. They found the entire floor covered 3 inches deep with garbage, broken pipes, and empty paper towel and toilet paper rolls.

Corky and Fibby have owned the building since late 2001 and said they never had any problems with tenants before.

Government statistics from a 2009 survey show that 97% of the United States Feline population has tried paper towels, peanut butter, or other illicit drugs at least once in their lives.

“This is the first time we have had an issue like this,” Corky said. “Unfortunately, eating paper towels is an all too common problem that is often misdiagnosed and overlooked.”

Sharyn Thoma-Guay reporter-at-large
Photos of Buddy: Thanks to Anthony Marchese
at May 04, 2010

I do enjoy throwing the toilet paper rolls up in the air, but I've never messed with the paper.
(But I do have a fabric fetish.)
Cat Mandu

But I've never inhaled it!