Two-Year-Old Vampire Bat Victim Of Discrimination At His School 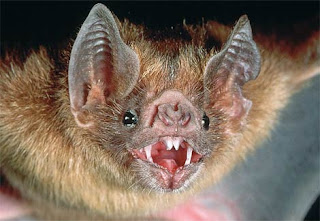 Seattle is hailed as a multicultural city, tolerant of and accepting of the practices of all citizens who live within its borders. However, a local group of Vampire Bats say they are being unfairly targeted.

“My son Ellroy was cruelly ridiculed and embarrassed in front of his classmates for eating with a fork and a spoon,” said Maria, a 13-year-old Northwestern Vampire Bat. “He was just trying to fit in. They also made fun of his hairy arms and said he had big ears.”

Another mom said her son Billy, a 2-year-old Hairy-Legged Vampire Bat, was teased at school for attempting to suck the blood of a classmate. “It’s instinctual, he couldn’t help it,” she stated. “It’s just a phase, he’ll grow out of it.” 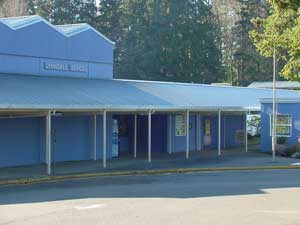 Discrimination is wrong and damaging to the self esteem and ego of the victim, it is also illegal. Psychologists warn it is far worse when it happens to the fragile ego of a youngster, even a Vampire Bat.

“Trauma of this sort sometimes is so extreme it is often carried into adulthood,” said school principal Jerome, a 9-year-old, spayed Domestic Short Hair. “It can leave bats scarred for life with serious body issues and often render them unable to suck blood without fear or anxiety attacks.”

The young Vampire Bat teased for eating with utensils was indeed traumatized. His parents said he woke up that night screaming he didn't want to go to school. He was only consoled by going to sleep in his mom’s bed with his favorite blankie. 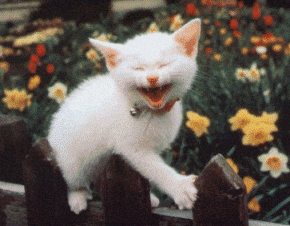 Both mothers complained to the Edmonds School District about the bullying situations, but were given no comments or feedback.

Vampire Bats, who feed regularly on the blood of living animals, say they have grown tired of being labeled “parasites among mammals” and have started to change their snacking habits, but slip ups in public are inevitable.

“One of the bats I know who was badly bullied now has an eating disorder,” said one Vampire Bat mom. “She won’t touch blood, frequently abuses laxatives, and thinks she’s fat. She just hangs upside down in her cave all night long. It's sad.” 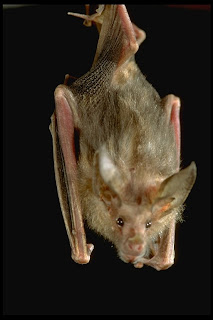 Depressed, this often-bullied Vampire Bat refuses to eat, and believes she is “fat and ugly”

No matter who you are or what or who or what you eat, if you are being abused, teased, spanked, or discriminated against, you should tell somebody.

EEEEK!!! Bats!! I reckon they deserve a little discrimination...

OMC! Our mom LOVES bats! We actually have one that seems to know the kickoff to summer is Memorial Day weekend and the past 3 years came that Friday of Memorial Day Weekend. He lives behind our shutters and mom and dad names him Gus.