Cat Who Farted In Tanning Bed Laughed Away In Shame 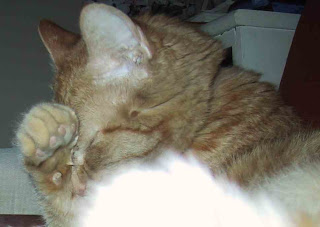 A local cat today is hanging her head in shame after accidentally farting in a local tanning salon which was full of cats waiting to tan.

The cat, Janet, a 12-year-old, spayed, Domestic Short Hair who works at Premera Blue Cross, told police she was feeling “very relaxed” and that (the fart) just “accidentally happened.”

“You just have got to know better than to do such things,” said Brandi, a 2-year-old Abyssinian who works at the salon. “Everyone knows it’s like an echo chamber in there.” 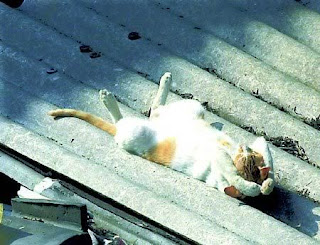 A witness at the scene said normally there is upbeat, thumping music playing to compensate for any (farts) that might occur during the normally 15-20 minute tanning sessions.

The Edmonds salon, Electric Beach Tanning, told the Gazette their stereo systems were down for repair that day.

“Janet was probably unaware that the music systems were down,” said tanning bed operator Brandi. “She usually brings her own iPod instead of using our own internal headphone units.

As with most tanning salons, the rooms are private, yet open

While Janet and other cats tanned, there were some six others queued up in the waiting room, reading US Weekly and sipping water.

“She had no idea it was completely silent in the waiting area,” Brandi stated. “Those beds are hard plastic, it was loud.”

All of the tanning units are in individual rooms, as per the usual design, but to keep rooms from overheating there is no roof, resulting in a completely open environment. 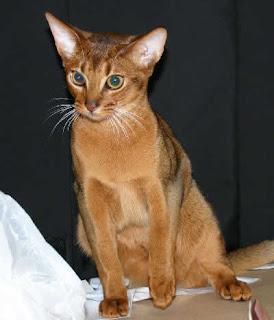 Brandi said “those beds are hard plastic, it was loud.”

“The fans were going, just like normal,” said another witness. “She was in tanning room one and it's in the front, so when she (farted), not only could we hear a wild ripping noise, but the fans started blowing it all around and we couldn’t stop laughing.”

Some said they were “startled and shocked” by the sudden noise. One cat described the ordeal stating “…it was like being shot at by a sniper from some unseen machine gun.“

Some two minutes later, Janet exited the tanning bed only to find everyone laughing at her. With her head low, she slinked out the door to her car.

I think the tanning salons are for girl cats. But it must have been funny for the cats who were waiting!
Mandu