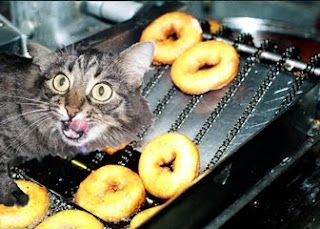 The long held hypothesis that cats under stress ate more donuts than cats not under stress has been debunked today, according to an article published in the journal Nature.

A scientist from the University of Washington conducted a longitudinal study of over 500 cats for 12 years who worked for the US Post Office and found major differences in brain morphology.

When stressed, the brain’s stress center, the amygdala enlarges dramatically. The swelling taxes an area of the brain called the hippocampus, which is responsible for learning and memory and can actually cause it to shrink. 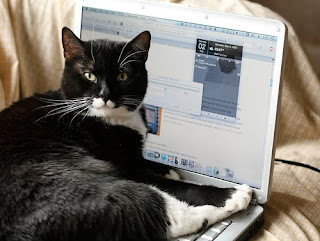 Scientists once believed cats under stress craved donuts as a simple biological “numbing” reaction to both the stressor and the swelling of the hippocampus, causing them to abandon reason and pig out.

Recent EEG and CAT scans done on the study’s participants showed cats who were stressed ate donuts not because of the stress, but because they had a amygdala shaped like a French Cruller.

“Normally, the amygdala is shaped like an almond,” said Jackson, the 19-year-old Domestic Short Hair who wrote the paper. “The amygdala’s job is to create a stress response, but we never expected to find a case where it triggers donut eating.” 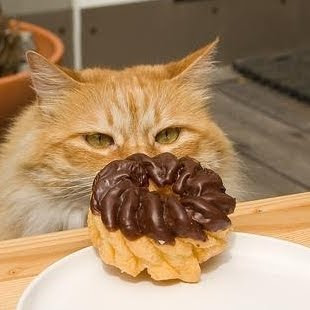 In the experiment, cats were stressed and tested while hooked up to machines measuring responses in the brain, they were then sent to the cafeteria, where in a type of blind study, their lunch choices were monitored, unbeknownst to them.

Cats who were subjected to air horns and beatings, but had normal shaped amygdalas, chose nothing out of the ordinary. 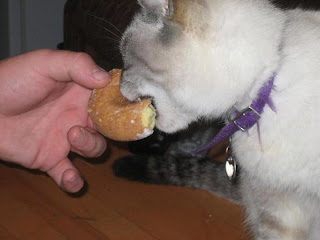 Cats with the genetic defect need to be given special accommodation and access to donuts, regardless of public opinion

According to Jackson, the results of the study could be far reaching.

“Now we may see that some cats have a genetic pre-disposition towards donut addiction,“ he said. “We need to see that these cats have a problem that needs treatment and is not something that should be laughed at or written off.”

A lot of work went into this piece of journalism, I suspect there maybe humans out there that will believe story this just as I do.

Hmm I wonder what shape my amygdala is, I suspect it is in the shape of a peanut butter jar.

Would a longitudinal study of over 500 cats for 12 years be the same 500 cats if so then all cats should work for the US Post Office.

"Cats with the genetic defect need to be given special accommodation and access to donuts, regardless of public opinion"

I think this should apply to people too; I'm pretty sure my amygdala is shaped like a cinnamon roll. Otherwise, that's discrimination.

My Amygdala apparently morphs between donuts and cheezburgers.

I KNEW it wasn't my fault I ate crap all the time! It's GENETIC!