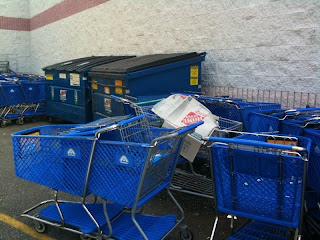 Washington State, taking after the much debated immigration laws in Arizona, has enacted a law that will allow police to stop any grocery cart and ask for current identification.

The new law requires grocery carts to carry their alien registration documents at all times and requires police to question carts if they suspect they are in a parking lot illegally.

“The (grocery carts) are always trying to leave parking lots, sometimes illegally,” said Max, a 6-year-old Domestic Short Hair who is a supporter of the law. “Parking lot borders are serious things and need to be enforced, violently if necessary.” 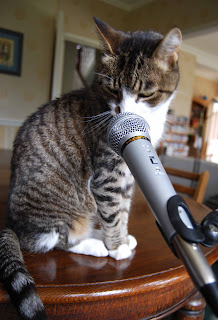 Cats rallied in support of the carts, saying they believe it can only lead to racial profiling

“If you don’t stop them, they go wild and end up abandoned in neighborhoods, on sides of roads, or found dead in ditches,” lawmakers said.

But detractors say this type of selective ID checking can only lead to trouble. “I’m so tired of getting pushed around,” said one cart, “this only makes my life harder.”

Cart advocates and the ACLU are concerned the law will foster racial profiling. They argued most police officers don't have enough education or training to know specifically which grocery carts belong to which supermarkets. 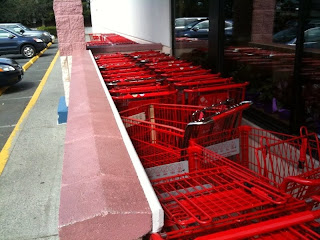 “Some grocery carts know their place,” said one supporter of the law, "some don’t.”

“Sometimes you have an area where there is both a Trader Joe’s and an Albertsons sharing one parking lot,” said Max. “The lines are blurred between the territories of red carts and blue carts, it is a fine line we are walking.”

“What are you going to do about a few carts mixing?” said one cat who did not want to give his name. “If a red Trader Joe cart wants to work over at Albertson‘s, why not let him? Why is it okay to ID him just because he is red?” 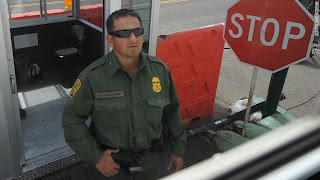 Some grocery stores use an electrical “lock and shock” mechanism to prevent their own grocery carts from illegally crossing the border into neighboring lands, but activists in the past were up in arms, saying it was a cruel and harmful way to enforce borders.

I always end up with the "illegal" carts: the ones with the wonky wheels that either don't roll or roll off to the side. Those are the ones that should be detained and sent back to where they came from and the employers fined.