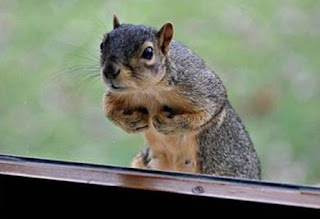 Squirrels with a family history of acorn addiction have clumps of a specific protein in their brains that acts as a detector to those prone to become addicts themselves later in life, University of Washington researchers said Thursday.

Findings could lead to new ways for potential employers to identify which squirrels would be most likely to develop an acorn addiction, which could prove useful to employers hoping to “weed out” potential problem employees. 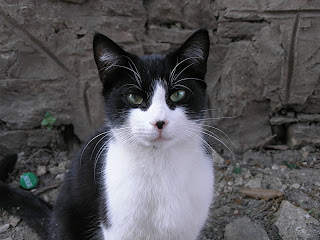 "The hope is to one day be able to detect an acorn addiction in an employee before any symptoms occur, so we don‘t get in trouble for firing them later on,“ said Lupus, a 5-year-old, spayed, Domestic Short Hair.

The team wants to continue to follow the squirrels used in the study to see whether they develop acorn addictions and plan to replicate the findings in a much larger study.

“Anyone who has ever worked with a squirrel knows that if they have (an acorn) addiction) they become preoccupied,” said Tubby, a 9-year-old, neutered, Scottish Fold who is a human resources director. “It’s very disruptive to the workplace if someone is constantly burying and digging up acorns all day.” 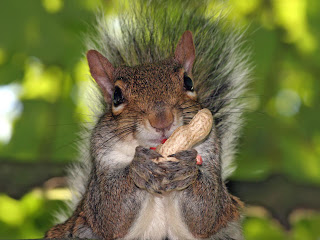 Researchers say teams are working on ways to detect early-stage acorn, and even peanut addiction, in the hopes of developing drugs that can fight it before it causes excessive damage to impulse control.

“A squirrel who has an acorn addiction cannot hold down a job,” said one researcher. “They are not capable of following their own train of thought, are known to steal office supplies, and often call in sick.”

The team imaged the brains of 50 squirrels with an average age of 6, all with healthy functions. Of these, 49 squirrels had mothers who were addicted to acorns. 49had fathers with the disease, and 1 had parents with healthy brain function. 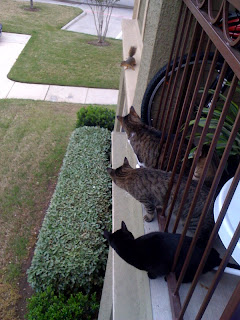 Brain scans of all 50 showed that those whose parents were acorn addicts were more likely to have the specific plaques in their brains, indicating a near-certain future of acorn addiction for them.

The finding confirms other studies that suggest having oak trees in their yards may also be a risk factor.

Oh my I loved this. Sorry not been by to see you recently.. You are brilliant as always. Love that picture with the cats watching the squirrel.. Hugs GJ x