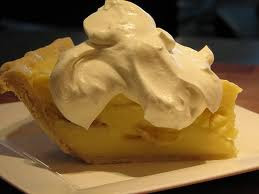 Diners and bistros everywhere may be facing dire menu updates if researchers are correct that banana crème pie populations are in decline.

North American Banana Crème Pies are an indigenous species native to buffet restaurants, casinos and diners in suburban parts of the U.S.

Most crème pies claim origins circa the 1700’s and have sub-species including chocolate, vanilla, lime, coconut, and peanut butter. Paul, who spearheaded the study, is a life-long fan of banana crème and is a creme pie conservationist

Banana crème pies grew wealthy in the late 70’s and had low rates of unemployment up until the health food fads of the 2000s, when emphasis on “carb-counting” naturally selected them for decline.

“This is natural selection at work,” said Paul, the 6-year-old Domestic Short Hair who spearheaded the study. “These days cats are opting for healthier desserts and the (crème pies) just can’t adapt.”

As a result, thousands of banana crème pies die helplessly every day in their shiny, glass cases as they are passed over for healthier dessert options. 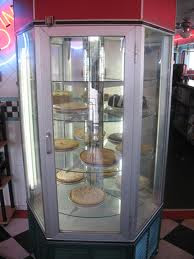 Out of 18 banana crème pie populations in the Everett-Lynnwood area 14 have plummeted and have not bounced back.

No strangers to struggle, banana crème pies had to fight various attempts by brownies, éclairs and even crème puffs over the years to control their dominance in diner culture. 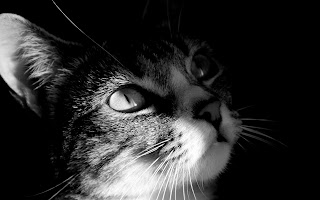 No data were given on state-wide pie population, but Andy noted worrisome indicators coming from diners operating in Yakima and Wenatchee.

“Some (banana crème) pie populations seem to be doing well,” he continued. “But overall the trend is alarming. The pies are on in a straight-line decline.”

God help me. Really. I peed in my pants and I'm at work. Great. Look-

it's too funny for words what you can think up. I need a LMFAO sticker too I guess. Now, to the bathroom. I'm going to start wearing pantyliners before I read your headlines.

((they were naturally selected to fail)) lol

OMG, Sharyn, stop, really, my laptop can't take another spritzing from me.

Excellent reporting on a serious social issue however I am not so sure about "cats opting for healthier desserts".
I know the Banana Creme Pies can not bounce back so maybe they just need a new image, a marketing makeover or even introducing new flavours like banana & passionfruit. No one want to see the extinction of the Banana Creme
Pie.

I just saw this in a NY Times article about Michael Kors and this is what he has to say: “If you want to be a real girl,” he says, “you should order a banana cream pie and nothing else.” With a fashion designer advocating eating banana cream pies, they'll probably get real popular again. Although if there's a shortage, they'll be real expensive and only the rich will be able to eat the pies.

These are drool-worthy. I'm new here and love it! My news is my cat blog Cat Saturday is celebrating our 100th issue today!