Cat Who Took On Plastic Pumpkin Called A “Hero” 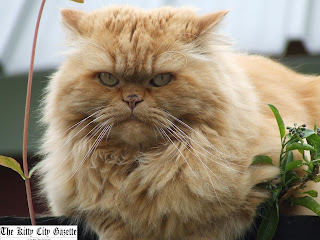 A local cat was hospitalized this morning after being brutally attacked by a violent Orange, Plastic, Halloween Pumpkin outside a home in Lynnwood, following a trend showing these type of vicious attacks on the rise.

Ginger Jasper, a 10-year-old, neutered, Domestic Long Hair told the Gazette he was bringing groceries in from the car when he heard a terrifying squeal.

“I looked over my shoulder and one of those nasty pumpkins had my son cornered,” he told police in a statement. “At first I thought they were playing, but then I realized those screams were not play screams and I went to get help.” 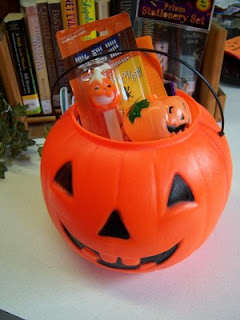 Ginger Jasper said a neighbor heard the screams and dashed over to help. When the pumpkin saw Ginger Jasper, it quickly let go of his son, Happy, an 8-month-old, Domestic Long Hair, and attacked him instead.

“The pumpkin's jaw was locked down on (Happy’s) arm after it attacked him,” neighbor Fizzy said. “It tore into his arm, but once he got turned around, he saved his son from that beast.”

Neighbors said the two cats wrestled the pumpkin to the ground, bashing it’s large, pre-formed plastic head on the concrete and scratching at its painted-on, triangular eyes until it broke its grip and rolled away into the bushes.

Having saved his son from the pumpkin attack, neighbors and police are calling Ginger Jasper a hero. 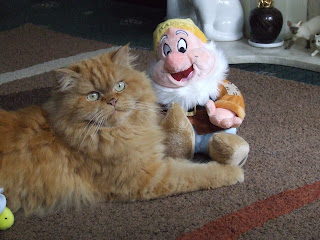 "The bad economy is the major reason for the spike," said a local police officer. “These plastic pumpkins are very hungry for Halloween candy and are willing to maim and rob anyone they can find to get it.”

The increase in attacks has forced many cats to patrol pumpkin gang hotspots such as doorstops and entryways. Over the past four weeks, plastic pumpkins have mounted a substantial 255 attacks, compared with 190 in all of 2008, the Bureau said.

Plastic Halloween Pumpkins are capable of many types of attack, most tend to be defensive, such as when the pumpkin is hungry or feels threatened.

If the pumpkin is large, experts suggest playing dead, this lets the pumpkin know you are not a threat, which can cause it to back off. 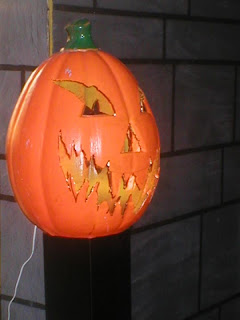 Plastic pumpkins are dangerous when hungry or threatened, say experts

If the pumpkin is after Halloween candy, it is best to drop the candy and back away. If the pumpkin presses, experts say be aggressive: shout, bang on objects, or use pepper spray to scare it off.

Many pumpkins are trained fighters, others are young thugs enlisted for the job. Experts say they often go out and simply wait for a target. When they find one, the pumpkin bully smaller cats and move in, typically with 2 to 3 other armed pumpkins in tow.

“All I know is that we are all glad to be alive,” said Ginger Jasper. “I didn’t realize it at the time, but I had the Halloween candy in the car and that was what the pumpkin was after. You have to be very careful.”

I am so happy to hear that my friend, GJ, and his son Happy are OK. I was shocked to hear the news about the pumpkin episode.
Mandu

Goodness! We were at the edge of our seats reading about that heinous attack.

We're glad our friend Ginger Jasper and his son Happy are okay. From now on we will keep an eye out for these evil plastic pumpkins

As if today isn't skhary enough!

What a great story! Yay for GJ!

Oh my cat how fabulous is this. I have laughed and laughed. Brilliant.. You just have to watch these pumkins all the time. I am glad we had a happy ending Hugs GJ xx

they are well good scare