Edmonds firefighters cut a hole in the roof of a home today to extricate a cat from his second-floor bedroom after his collection of empty toilet paper rolls finally trapped him there.

Rescue workers were called in by a neighbor, who saw Benjamin waving a white tube sock tied to a golf club out of a second story skylight, fire officials said. 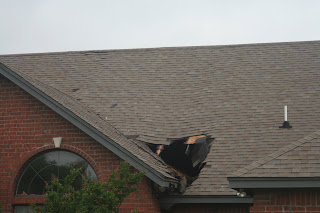 Neighbor Ox, a 10-year-old Domestic Short Hair, said Benjamin is a convicted "shredophile" who suffers from disposophobia, or pathological hoarding, a psychological disorder that creates a constant, chronic need to collect toilet paper rolls that can be life-threatening and even lead to overeating.

Friends said the cat had not left his home since 2005.

Benjamin told firefighters he had survived by breathing through a plastic McDonald’s drinking straw and eating stale Cheez-Its for two weeks while awaiting rescue. 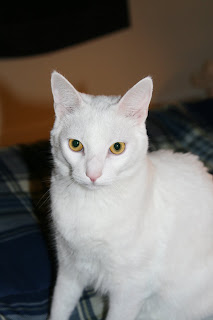 Neighbors said Benjamin had not left his home since 2006

Benjamin admitted he started collecting toilet paper rolls as a hobby, but soon the craving for more rolls and a need to keep them caused significant impairment in functioning and eventually led to his self-entrapment.

Fire workers brought in a forklift high enough to raise a platform to a hole cut into the roof near the skylight where Benjamin was ensconced.

Firefighters covered the cat with a large blue tarp to shield him from onlookers and slid the platform into an ambulance for a trip to Harborview Hospital. 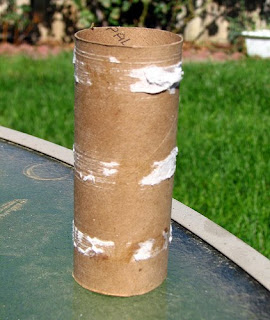 Neighbors admitted at one point they saw a visibly disturbed Benjamin “leaning out a second story window hanging toilet paper rolls in the upper branches of a fir tree.”

Professionals said Benjamin is most likely a “Level III Hoarder,” meaning he may suffer from chronic disorganization and require services in addition to those a professional psychologist and related professionals can provide.

You're a very sick person.

Or was the poor dear not real choosy? ;-D