Local Cat Says He Built Entire House Without A Level 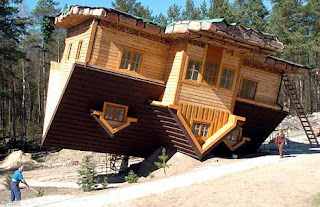 A local cat heavily concerned with the environment decided he could build an entire home using only "found materials," and recycling everything, right down to the nails.

To build the home, he stole wood, glass, bricks, molding, and even nails from neighbors and friends. He couldn’t find a level, but that didn’t stop him.

“It took only eleven months to build,” said Duncan, a 6-year-old, neutered Domestic Short Hair from Seattle. “Whenever I needed to measure something I pretty much just guessed.” 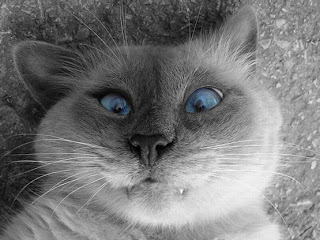 Duncan admitted that being “cross-eyed” didn’t help much

Where most cats prefer “new” above all else, Duncan says building new homes out of existing materials is the only true way to reduce his carbon footprint.

"I was determined to do this. I pulled the nails right out of some people's decks so I wouldn't have to go to Home Depot," he said.

“Think of the cats driving around in Prius cars covered with ‘think green’ bumper stickers,” Duncan continued. “If they really wanted to be ‘green’ they’d be re-vamping old diesel Volkswagens, not buying newly made cars.

Duncan said it was just that sort of hypocrisy that led him to build his own home out of what he calls “scavenged materials.” He said that building the home for the most part was relatively easy, although being cross-eyed did not help him. 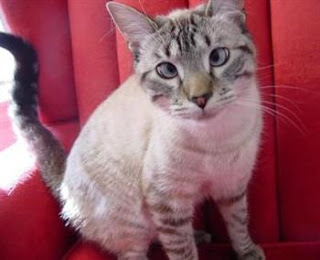 Cross-eyed wife Mabel says she still gets “…a bit dizzy”

“Oh, I won’t tell you that there’s a few places in the house where the floor isn’t level,” he said. “But as long as you watch where you walk and watch your head you’ll be okay.”

Most agree the project was incredibly eco-friendly, with the exception of the 237 homeowners who now must go out and replace the wood, shingles, and rock that was stolen from their homes to build it. 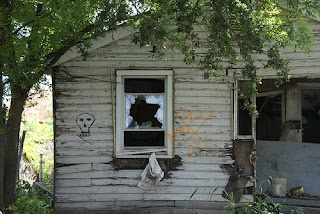 “Waking up on the wrong side of the bed is a common thing,” Duncan said. “It’s kind of hard not to, since the bed is at about a 45 degree angle.”

One neighbor said he thinks it is the greatest idea he ever saw. “I myself suffer from severe vertigo, a balance disorder. But that place is so crooked it’s the only place I can walk straight.”

Hilarious!
Of course it was built by a cross-eyed cat who couldn't find a level to "borrow".
Hee hee hee.
Love & Purrs,
Mom ML & The Sherwood Bunch

You're a sick person. :D