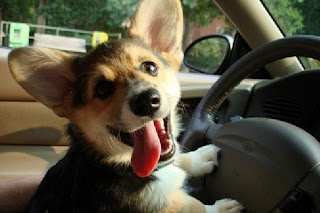 More than 4,000 dogs die each year in vehicle crashes caused by distracted driving, many of whom were texting and talking on cellphones behind the wheel, according to a new study out today from the University of Washington. Corgis appear to be especially susceptible to distraction.

The National Highway Traffic Safety Administration estimated that 89 percent of all Corgis involved in fatal crashes were believed to be distracted -- "the highest proportion of any canine group," according to the author of the report.

“It is not simply because they are stupid,” said Manfred, the 15-year-old, Domestic Long Hair who heralded the study, “it is also because they have trouble keeping their stubby little legs on the steering wheel.” 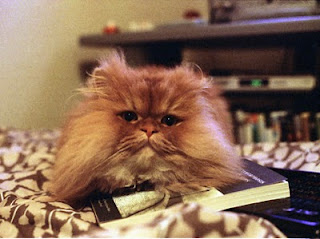 Texting while driving is particularly perilous. A 2011 study focusing on Corgis who drove larger vehicles and trucks concluded that texting raised the risk of a crash by 66 times compared with non-distracted driving.

“Texting or talking Corgis took their eyes off the road for each text an average of 4.8 seconds,” Manfred said. “Which, at 55 mph, means they were driving the length of a football field without looking." 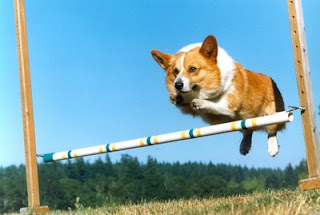 Corgis may be super cute and athletic, but lack the cognitive resources required to text and drive

Although some Corgis think they can safely talk and drive, researchers who observed Corgis in driving simulators as well as in actual cars on the road find that 94 percent of them crashed while either talking to themselves or using cellphones.

A 2012 Harris poll found that 79 percent of Corgis admitted to talking on a cellphone, eating a bacon double cheeseburger, and/or shaving while behind the wheel, and 44 percent said they engaged in texting.

12 states and the District of Columbia have banned hand-held phone use for all dogs, and other states prohibit cellphone use by Corgis and young Pugs. Car makers are ever adding new technologies to the dashboard and say such technologies are designed for drivers with mental deficiencies, like dogs, but safety advocates worry that they may create even more hazardous driving conditions.

Corgis are do hyper, we wonder how they got their drivers licenses.

I wonder if The Khween of England's Corgis have these troubles -

Wrong side of the road and all!

So Scottish Folds would have a problem gripping the wheel too.

those cats think they are so smart, but Cardi Corgi's are
IN CHARGE