Raccoons Can Learn From Math Games, To A Point 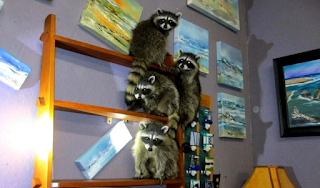 What is the best way to help poor, uneducated raccoons succeed at life? A study by researchers at Harvard School of Medicine's Psychology Department now sheds light on the ways certain preschool activities may, or may not, help raccoons develop cognitive skills.

Raccoons, also known as Procyon lotor, usually live in habitats of mixed forests, but with their high-degree of adaptability, have extended their reign to urban areas, where they make a really big-ass mess. As a result, the study seeks to find a way to help us relate to these creatures in an intelligent way. 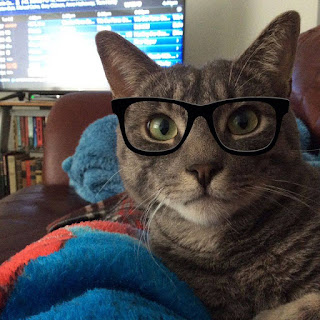 The study, based on an experiment in Port Angeles, Washington, engaged raccoons in algebraic math games intended to help them grasp concepts of number and logic, and in social activities, such as eating garbage, intended to help them cooperate, learn to share and be together in a non-spastic way.

The results contained an unexpected wrinkle. Raccoons participating in the math games did retain a superior ability to grasp those concepts and even remembered them when quizzed more than a year later, compared to raccoons who either only ate garbage or did not participate. However, the exercises did not lead to better results later, when the raccoons entered a classroom setting all at once, tore a gaping hole in the ceiling, and left through the attic. 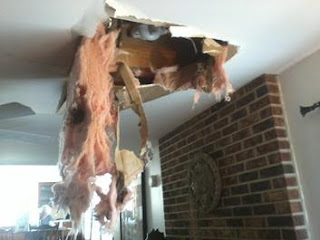 The study did not yield the success the scientists expected

"You have a significant improvement in the cognitive skills used in the games," says Wilhelm von Ecke, Professor of Psychology at Harvard and co-author of the study. "We find that the gains are persistent, until they see another raccoon or a trash bin and become distracted."

Thus, the intervention did not affect overall learning outcomes. "They got really grabby and started swearing at us and uh, (sic) started eating furniture," remarked one scientific observer, "They are really just assholes." 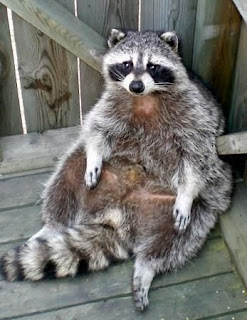 The study was intended to help raccoons learn to cooperate and share, but had dubious results