Donut Who Had Heart Attack Blames Own Ingredients 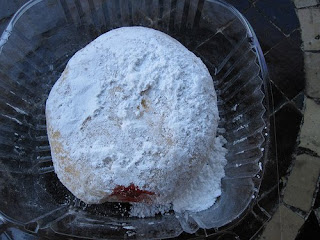 A 2-day-old raspberry-filled, powdered, sugar-coated-donut named Ken, stated in court Friday that his heart attack was the fault of the bakery who made him.

A lawyer representing the donut claimed the Safeway bakery where he lived knowingly used trans-fat-laden oils in such an amount to cause the young donut’s heart attack.

Ken told a jury of 11 cats and one Pug he was taken home two days ago in a box along with 12 other donuts and was sleeping peacefully in a pink bakery box when his symptoms began. 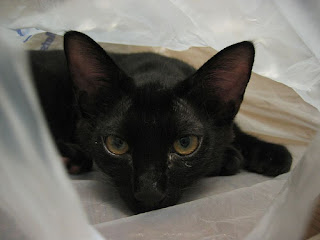 "The next morning I got up and felt this really painful burning sensation in my middle and within 20 minutes I was losing my filling,” said Ken.

The cat who bought the donuts, a 4-year-old, neutered Domestic Short Hair named Ralphie, stated he thought at first the donut was “feigning his symptoms” to avoid being eaten.

Once he saw the donut was suffering he immediately put him in a napkin and rushed him to the ER at Swedish Hospital in Edmonds. 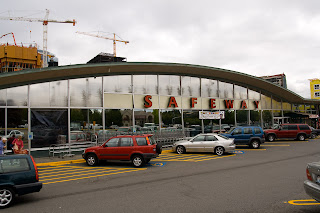 EKGs done at Swedish Medical Center showed a serious, near-fatal heart attack. ER records indicate the donut had lost most of his powdered sugar coating and was lucky to be alive.

Doctors advised the donut the heart attack was most likely caused by trans-fats found in his system. They said the percentage was more than one third of the RDA allowance. Doctors performed a double-raspberry-bypass on the donut and he was sent home. 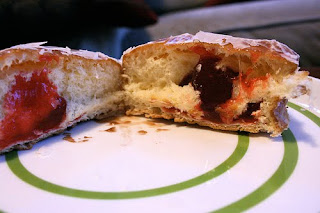 Doctors performed a double bypass on the donut in the ER

Safeway bakeries later countered in their opening statement that its extensive studies of the level of trans-fats in individual donuts showed no evidence it caused heart attacks with short-term use.

Safeway maintained that inactivity, such as laying around “doing nothing” in glass cases or in bakery boxes, not trans-fats, led to the heart attack. Jurors are expected to return a verdict next week.