Cats To Sue For Copyright On ‘Cat-Eye’ Highway Road Reflectors 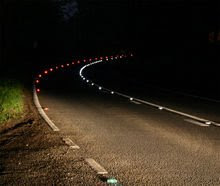 Whether you know it or not, the round, yellow, ‘Catseye’ reflectors seen along the lines of the highway system in the U.S. were deliberately designed to copy the way a real cat’s eye reflects a beam of light in the darkness.

Inventor Percy Shaw was inspired by the reflective quality of a cat's eye leading to the simple invention, which have saved thousands of lives.

Now a group of cats are lobbying in Washington, D.C. to receive compensation for copyright infringement including retroactive back-pay. 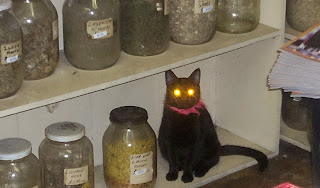 Baxter demonstrates the technique copied by humans, reportedly without permission

“The infringement is so obvious, and we have never been compensated for it.” said Baxter, a 7-year-old, neutered, Domestic Short Hair. “This is the work of my forefathers and they (the Humans) are reaping the benefits.”

Cats are reporting that much like the reparations made to Native American Indians, they too are due financial compensation for being obviously stripped of rights and profits for an invention that is purely feline in origin.

“If it weren’t for us, they would never have thought of it.” said Nancy, a 3-year-old Russian Blue female, “You know, back in the day, we were just too poor of a Nation to put up the money and apply for a patent." Nancy said, "It is expensive to register copyrights and apply for patents. It was stolen from us. I’m just sayin.’” 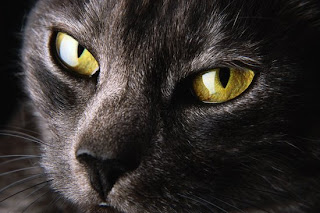 “If you have driven anywhere, you have seen thousands of them winding along the side of the road. We could have used the money from these reflectors to build casinos and motels and help build our schools and reservations.” added Baxter.

The 'cat' s eye reflector' is a small yellow-colored reflector embedded into a road or highway, clearly marking the road's edge. It makes roads visible to dumb Humans in conditions when they would otherwise be invisible.

“Copyright infringement occurs when you use or distribute information without permission from the person or organization that owns legal rights to the information.” said Baxter, “This is our history and genetic make-up they are stealing away from us. These activities may seem harmless, but could and they will have serious legal implications.” 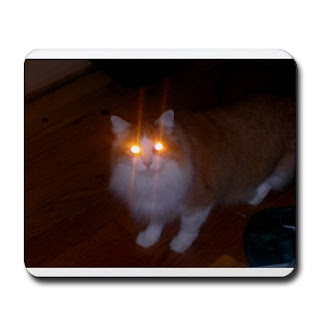 The skill is embedded within the feline DNA, a gift to the Humans

The lobbying group is open for new members and volunteers and plans to hold a rally and march on D.C. this June. Cats are hopeful of an award and retro-compensation for time used. The Gazette provide updates as they occur.

Crazy funny. I can see it now, the Cat Casinos.

This site is a site for sore EYES,,,

Great article! Something we cats should all be aware of ... I could use a nice new cat tree with that compensation referred to. ;-)

Good point! I'd never thought of that!

I just discovered your blog and it is fantastic. Excellent writing, great idea, you have it all. With praise and adoration, Your friend, Fisher

We felines deserve justice! I have BIG plans for my reparations. BIG PLANS.

Cats of the world unite! This IS highway robbery :O

I just thought those were evil laser eyes, leave it up to the humans to steal the idea. I think we deserve compensation too!

Too funny, as always! And we agree!