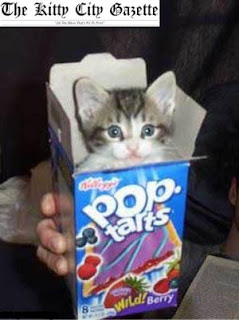 Multiple families of cats were shocked last night when they opened boxes of Kellogg’s Pop-Tarts and discovered an underage kitten inside.

“My God,” exclaimed Sweet Praline, a 6-year-old, spayed, Tortoise Shell, “I hungrily opened the box and promptly dropped it…there was a (expletive) kitten inside!”

The Seattle Police Department has long been investigating mob activity involving the trading and selling of underage kittens. The police now believe they have discovered the methods the mob was using to ship the young kittens from place to place. 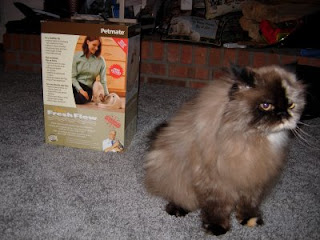 The underage kittens are bought and sold exactly as seen in human trafficking. That being the commerce and trade in the movement or migration of underage kittens, both legal and illegal.

Seattle police believe local mobsters are trading the kittens for the purposes of slavery, prostitution, forced labor (including bonded labor or debt bondage), and indentured servitude.

Hundreds of young kittens have been reported missing in the greater Seattle area in recent months and some of the kittens on that list have turned up in boxes of Pop-Tarts. 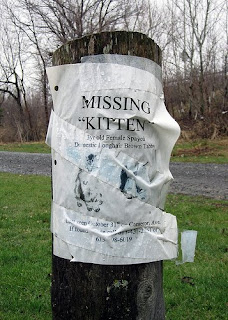 “Last night there were 54 calls received at the station,” said Police Chief Momo, a 16-year-old, neutered, Scottish Fold. “A few of the kittens’ names matched up to the missing kitten database…we called Kellogg’s and requested an immediate product recall.”

The Kellogg’s company instantly recalled over 250,000 boxes of cherry, strawberry, and wild berry Pop-Tarts in an effort to help local authorities.

Authorities said they will create a task force to piece together the apparent link between the missing kittens and the Pop-Tart boxes. 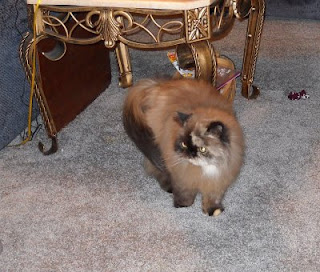 “The good news is that some of those kittens are home safe now,” said Sweet Praline, touched by the incident, “We must be vigilant, and all band together to stop this type of crime.”

Indeed, even President Obama, in a speech to the United Nations General Assembly, raised the issue of underage kitten trafficking and asked leaders of the world to work together to end it.

LMAO! I love how Sweet Praline has such a potty mouth. And that first picture just killed me when I saw it!

Those poor babies. Stuffed Pop-Tart boxes. I am sure Sweet Praline was shocked!

I must get my furry own khytten!

Princess and the Meow Kitties said...