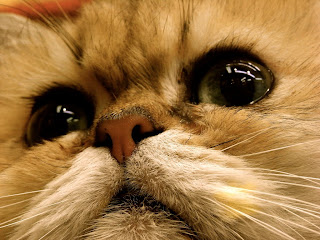 His compulsion is peanut butter. Creamy, chunky, extra-chunky, and even organic, and it has catapulted him and his family into an emotional and financial tailspin.

Spumoni, a 14-year-old, neutered Domestic Short Hair, first recognized he had a problem about three weeks ago, when Fred Meyer stores held a sale in which each variety of their Kroger brand peanut butter was priced at $1.29 or $2.29 each, depending on the size.

"I was literally shaking, trying to get dressed to get to the store," Spumoni recalled. "I went to three or four different stores that day, I had a friend on the phone going to one near him to buy for me, and I had my mom and neighbors online ordering too.” 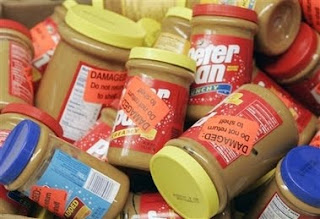 “I grabbed jar after jar of peanut butter I didn't need,“ Spumoni said. “I bought four of the Extra Crunchy kind in two different sizes." By the end of the day, Spumoni’s compulsion had cost over $800.

Although the American Medical Association and U.S.D.A. recommends cats keep at least 25-50 extra jars of peanut butter on hand at any given time, Spumoni said he was going “too far.”

At the height of his addiction, Spumoni estimates that he spent well over $1,200 a week and eight to 10 hours a day, every day, shopping for peanut butter on the Web.

He described nights awake in bed worried someone somewhere had posted an ad for peanut butter on sale and that he was missing out.

Witnesses saw him sweating profusely and nervously filling a grocery cart to its brim and notified the proper authorities who jailed him and searched his home. 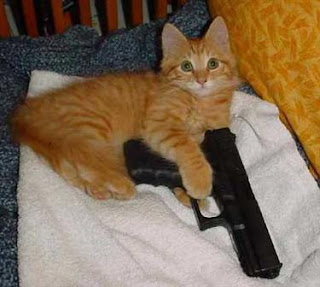 “I would log on at three in the morning sometimes,” he confessed to police. Spumoni later admitted he would stay online until his mother woke up, then start all over again once she went to work.

"I'd get a rush, a physical high," he said. "It got so bad that just thinking about shopping for peanut butter, I'd start to shake."

Maxed-out credit cards, more than $135,000 in peanut butter-related debt, and finally an arrest convinced Spumoni that he needed to kick the habit. 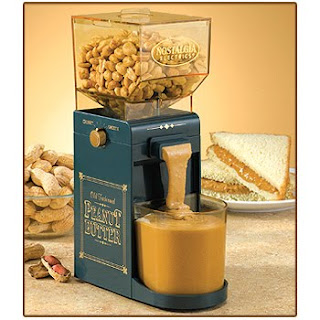 Now on parole for this serious violation, he joined a group at the Peanut Butter-Addiction and Recovery Clinic and has vowed to cut down purchases to $150.00 a day.

He thinks the worst is over but added, "I don't know if I'll ever be normal." Meanwhile, his family struggles to untangle the financial mess his obsession has wrought.

oh my cat! this is too funny!