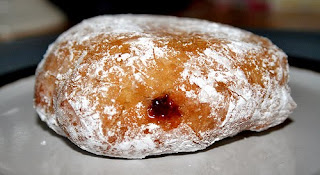 A Donut and his Latte friend were killed Sunday night in a car crash off Highway 99 in Edmonds, according to police.
Lawrence, a Raspberry-Filled-Sugar-Coated Donut from QFC (seen above in his yearbook photo) had just graduated high school and was well liked by everyone, according to reports.

Friends said Lawrence was driving to a party with his friend Henry, a 2-hour-old, Grande Mocha Nonfat White Chocolate Latte, when they hit a pole. 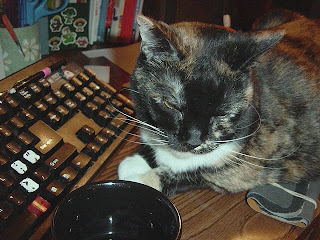 Police said alcohol was not a factor in the incident, although they did not rule out high amounts of sugar as a contributing factor.

“It was horrible,” said the witness who called police. “The airbag hit (the donut) right in the chest, there was jelly all over the place.”

Lawrence was transported to Harborview Medical Center, where fresh powdered sugar was applied to his body and he was given a raspberry jam transfusion. After two hours in the ER he was pronounced dead. 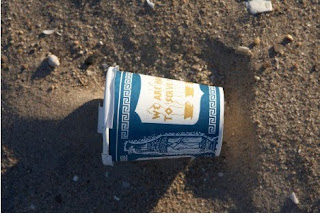 The Latte was pulled from the wreck and treated at the scene but succumbed to his injuries despite numerous attempts by medics to add cream and sugar.

Henry was not wearing a seat belt, according to police. Family members could not be reached yesterday.

Lawrence was the quarterback for the Edmonds Mustangs, a team in the semi-pro flag football league. He had just joined the team, according to reports. 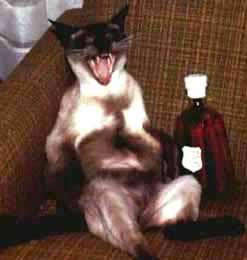 “He was a real sweetie, everyone liked him,” said Sneakers, a 5-year-old Domestic Short Hair who has known Lawrence all his life. “He was just that kind of Donut.’’

One friend, a 2-year-old Siamese named Gigantor said Lawrence “always” hung out with his Latte friend Henry and despite obvious cultural differences, no one ever questioned it. “The two of them just seemed to belong together,” he said.

Others fondly remembered the boys talking of trips they planned to go on together in the future, possibly to the Grand Canyon or Death Valley.

Sharyn Thoma-Guay reporter-at-large
Sneakers Photo: Thanks to Rochelle
at May 31, 2010

Great, more diet Dr Pepper on the laptop...I need to remember to swallow before I open you blog!

I would not like to be the one to clean up after that accident. The raspberry jam transfusion sounds nice.
Excellent reporting, now I'm off to get a jam donut.

You' have immortalized my Sneakers with your story, although she was just a bit player.