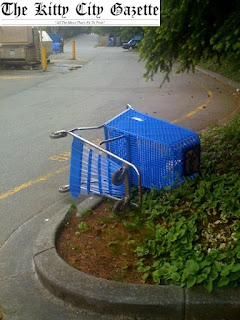 The life of a shopping cart has come to an end after losing an ongoing battle with depression.

Augustine, a 4-year-old, blue and plastic Shopping Cart was found dead in the back alley behind the Albertson’s on Aurora Avenue and 196th street this morning. His wife, Ramona the Pest is inconsolable.

Augustine had been employed by Albertson’s for nearly his entire life when he was suddenly laid off last December.

“I knew that he was depressed,” said Ramona, a 5-year-old, spayed Tortoise Shell. "I felt helpless." 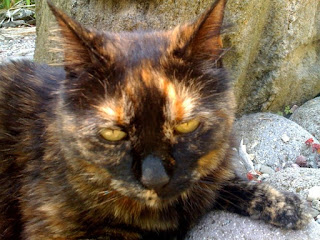 “He was so worried about money” said Ramona

“We used to go for walks every night," she said. "More and more I was noticing he’d pull away from me and just drift off in another direction.”

“It was a terrible shock to him,” Ramona said, “He tried to get a job at both Safeway and Fred Meyer, but they use black carts or red, they told him they had no use for a blue cart. It was very hard on (him).”

Ramona said Augustine became more and more withdrawn and eventually his health began to fail him. “He was so worried about money.” Ramona said. 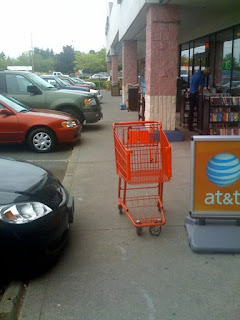 Friend Fred said he ‘knew’ something was wrong

Friends also noticed the change the young cart. Fred, a 2-year-old, plastic and metal Shopping Cart from Trader Joe’s said “He stopped playing in our weekly poker games and he didn’t return anyone’s calls. We all knew he was going downhill.”

Ramona told police Augustine left the house Wednesday night saying he was ‘very tired and needed to be alone.’ A local cat reported seeing the cart laying dead in the back alley this morning and called police, who retrieved his wallet and contacted Ramona.

“His left rear wheel would get stuck sometimes, or rattle really loud,” she told the Gazette, “It was very wobbly, I know he was embarrassed about it, he thought that was why they let him go." 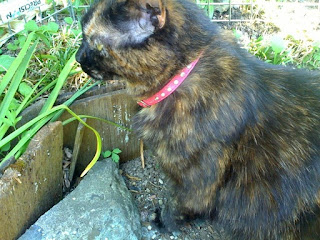 Instead of seeking help for his new disability, Augustine grew despondent and began to drink motor oil. “I guess he thought it would help with the pain, but it changed him.” Ramona said.

The once-happy couple met on a chance shopping trip two years ago, when Ramona happened to choose him as a cart.

“I know I missed all the warning signs, but I thought my love for him could pull him through.” she lamented. “I do remember him saying that he was tired of being pushed around, but I never thought he would take his own life.”

Sharyn, your uniquely warped Kitty City mind is a gift to me! Your stories make me laugh so much, even when I'm depressed like this Shopping Cart. "...pull away from me and just drift off in another direction"!