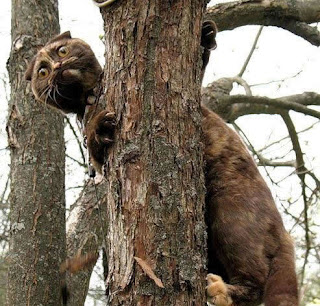 Cats infiltrated a local home and assaulted a red and blue striped catnip-filled tube sock, one that had been lurking under a couch, on Saturday night, military officials said. This is the second attack on a major toy in a week.

The attack began with rocket fire and small arms movement around 8 p.m., said a 6-year-old, spayed Tortoise Shell sniper named Ginnie. One of the rockets struck near an ottoman and destroyed a TV Guide, he said.

Cats on foot were assisted by snipers in trees. They attacked the northern perimeter of the couch in a flanking maneuver, though they killed no one and did not break anything, officials stated.

A kitten armed with an M1918 Browning automatic rifle entering the home was injured after tripping on a shoe. The raid was successful despite the lack of air support, officials said

Cats said they had seen the tube sock before but had lost sight of it. Upon its return it was deemed suspicious and they called in the raid. “It had catnip in it,” said one attacker.

Names of some of the cats involved have been withheld pending investigation as per specific Department of Homeland Security protocol. 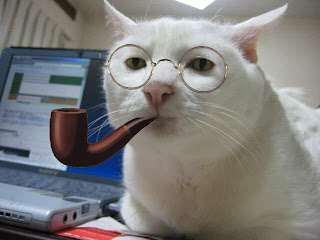 The cats stated although they lacked the support of a mortar platoon, the raid was surprisingly successful. “Their fire discipline was amazing,” said the General. The sock toy was killed instantly.

“(Toys) are unpredictable,” said one cat. “They have sometimes been in their positions for weeks or months, dug into gaps under furniture or hiding out in pillbox structures and can be very difficult to overcome without air support.” 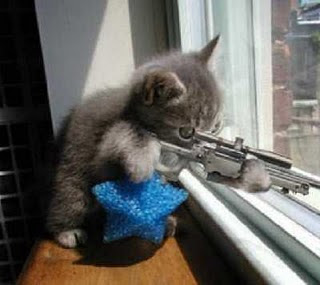 Only one cat was injured during the successful attack

Just last week, NATO announced the deaths of three catnip mice and one feather toy, who was working as a contractor, in two separate skirmishes in the Lynnwood-Edmonds area.

No further details were given pending investigation.

Astonishing, appalling, but apparently a necessary attack. Hats off to all those involved.

I think the Teenage Mutant Ninja Kitty Horde were in on the attack! It would explain that sudden absence.