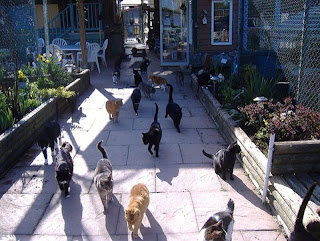 Seventeen cats were forced to move from a home in Mukilteo after a spider broke into the home on Sunday evening.

All of the cats were home at the time of the break in, one of whom had to be rescued by firefighters from the roof.

Dame Elenore Clawdia Ryan, a 6-month-old, spayed Domestic Long Hair, was making waffles in the kitchen when a spider with a large billy club burst through the sliding glass door and forced its way into the kitchen. 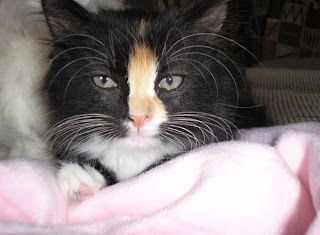 All the residents have since been safely placed in other homes until the spider is apprehended, according to police.

Police and fire officials are looking into the possibility that stale Cheez-Its found in a bedroom on the second floor attracted the spider.

“It appears to have been a big (spider),“ said police in a telephone interview after searching the home in the afternoon. The investigation is ongoing. 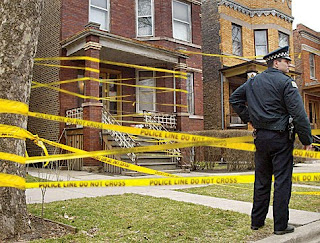 Cactus, a 7-year-old, neutered, Domestic Short Hair who is a home invasion expert, said he plans to interview residents before making a final determination about plans to allow the cats back into the home.

The homeowner said Cheez-Its are allowed in the home, but not in bedrooms. A cat who was rescued from a third-floor window by firefighters was taken to the hospital to be treated for hunger and shock, officials said.

The cat, who was not identified, is believed to have been eating Cheez-Its in bed. 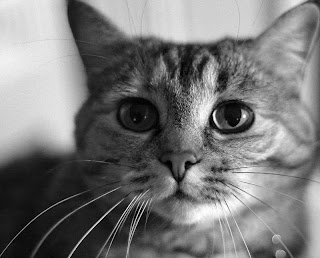 “That seems to be the assumption they’re working under," police said. The Fire Department received multiple calls reporting screams in the home starting at 11:21 a.m.

“With the troubled economy, home invasions are becoming more and more commonplace,’’ said an investigator during a press briefing at the scene.

Police said they believe the spider acted alone and that neighbors should continue to feel safe until further notice or until there is proof otherwise.

Sharyn Thoma-Guay reporter-at-large
Special thanks to Jenny Lee Ryan for pics of her newest kitty - Dame Elenore Clawdia Ryan, and in fond memory of the Lady Isadora
at June 22, 2010

We think the neighbors should be very cautious - those spiders are evil and can never be trusted. Hope they find the culprit and ostracize him for the rest of his life.

One spider is one too many.
Excellent reporting on a very serious incident and a reminder to us all not to eat Cheez-its in bed.

I never realized the dangers of eating Cheez-its in bed. Thank you for your information regarding this traumatizing incident. It should be a warning to all of us.