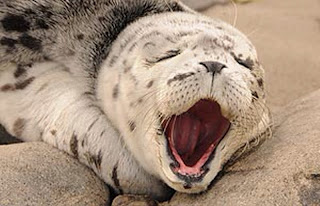 Bored seals are at high risk for depression, anxiety, drug addiction, alcoholism, compulsive gambling, and eating disorders according to a study out of the University of Washington.

Harbor Seals are commonly found lazing on beaches and rocks in coastal waters of the Pacific Northwest, they tend to live in and stick to common grounds, making them an easy subject to study.

Living near a steady supply of fish to eat makes seals grow lethargic and bored, according to the study. 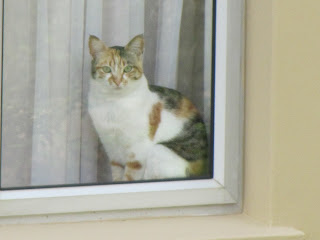 Males used to fight over mates underwater, but now simply play games against each other on Wii and when this behavior gets tiresome the seals look for adventure elsewhere.

“I used to love to watch seals playing on the beach,” said Janice, a 7-year-old Calico. “Now they come up to the door and ask me to place online bets for them. “(It’s) disgusting,” she said.

According to researchers, bored seals often begin to indulge in risky activities. These activities might include online gambling, streaking, or base jumping, pursuits they adopt in an attempt to deal with boredom. 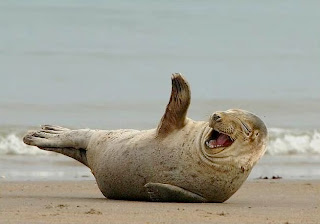 Like chronically bored but healthy cats, they need far bigger “hits” of laughter and pleasure to find fun in their daily lives

"Now instead of one cup of coffee doing it, I need a triple espresso to get me going," said Tex, a 13-year-old Harbor Seal. "Anything that used to give me pleasure doesn’t work anymore."

Being pinnipeds, seals lack legs and cannot walk far, ride bicycles, or drive cars to places where they might otherwise find entertainment, as a result, they may turn to activities like doing drugs.

Researchers said drug use is common for seals who are bored. They tend to abuse drugs during down times, when they would normally otherwise be doing something useful, like working or napping. 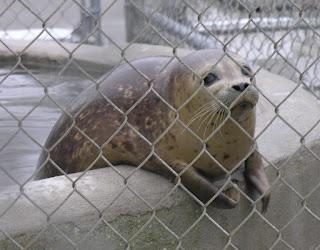 This seal’s drug-seeking behavior quickly landed him in jail, and represents a growing problem among pups

“With seal unemployment at an all time high of 85% there is bound to be an upsurge in high-risk behavior,” said Jerome, a 22-year-old Harbor Seal who lost his job at an aquarium in May.

Bored seals also ended to score low on tests measuring self-awareness. Seals with attention deficit hyperactive disorder (ADHD) were also more likely to be bored, as are those who cannot operate a remote control.

Researchers said they hope this study will help bring attention to the plight of the Harbor Seals and draw assistance from state and local governments to develop work-education programs in the future.

laughing my fuggin flippers off