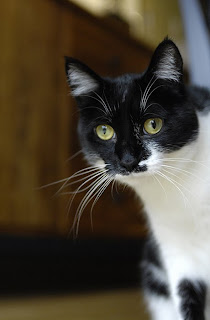 A court date has been set in Clallam County for a cat accused of a crime that resulted in the untimely death of what neighbors called a “good amount of spaghetti sauce.”

Katie, a 4-year-old, neutered, Tuxedo cat, is charged with first degree reckless endangerment charges after she put an opened, half-full jar of Prego spaghetti sauce into the fridge without a date label on it following a dinner party.

Police investigators said Katie was a guest at the home of the scene. According to reports she was cleaning up the kitchen sometime after midnight and when she got to the food and leftovers she carelessly placed the lid on the jar of sauce and "callously" put it on a shelf in the refrigerator. 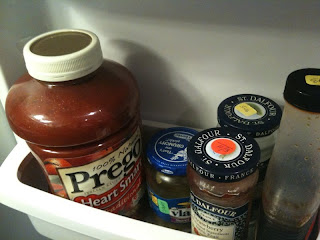 Katie later told police she had been up all night, at times drinking beer and playing pool with another cat. She said she stumbled across the jar of spaghetti sauce and simply threw it in (the refrigerator) without thinking.

Katie told police that another guest at the party had tried to flirt with her and that it had made her confused. She said she was “not thinking clearly” when she put the sauce in the refrigerator without first jotting down today’s date and that she “made a terrible mistake.”

Katie told Police she then went home, showered, and went to sleep. She awoke the next morning to find police at her door with handcuffs, sent by the host of the previous night’s party. 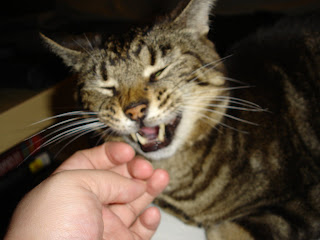 Neighbor Tygana laments the death of the sauce

The homeowner, whose name has been withheld, said she woke up in the middle of the night and knew something was wrong.

“I just knew,” the homeowner said in a statement to police. “I went to the ‘fridge and sure enough, I looked and saw there was no date label on the spaghetti sauce. Who knew how long it had been in there like that?”

She said she immediately took the jar out of the refrigerator and dialed 911. EMTs at the scene tried desperately to affix a proper date label on the jar, but had no success, saying it was too late.

The jar of sauce, alone in the refrigerator for an unknown amount of time, was thrown out. 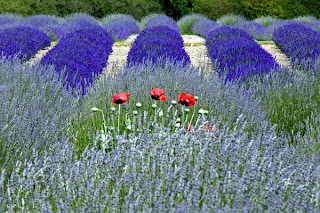 The picturesque town of Sequim mourns the loss of the sauce

“It’s a tragedy that something like this could happen here,” said neighbor Tygana, a 4-year-old, neutered Domestic Short Hair. “We moved here because it seemed like such a small town, now this happened.”

"That was a great tasting spaghetti sauce, and we hurt for everybody in its family," said a family insider. "The loss of this much sauce is very sad."

The Prego spaghetti sauce was 10-months-old. It was a limited ‘Heart Smart’ variety and originally came to Sequim with its twin brother from Costco.

I need to print this out and post it on the refrigerators at work! They stink something fierce! Then when volunteers do clean them out, people complain that their new stuff was tossed!

Hell, even my Human knows better than to do such a thing, even with brands other than Prego!