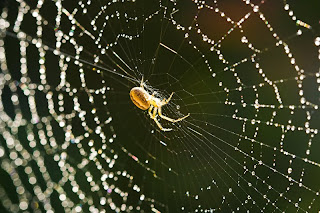 A local spider today claimed responsibility for a successful three car crash that spun the days of more than seven humans into a tailspin.

Frederico Gagnon, a 6-month-old Brown Recluse Spider, who lives in Edmonds, was hitching a ride to work inside a human’s car when the female driver began to text and drive.

“I hate it when (humans) do that,” said Frederico. “They know it’s dangerous and can cause accidents, but they do it anyway.” 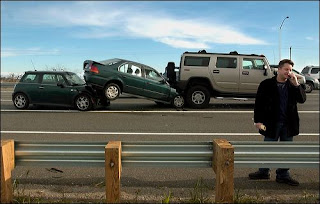 Frederico said he’d hitched rides from the Human in the past from Edmonds to his office at Boeing‘s Everett plant, where he is employed as a web designer.

“All it took was for me to run across her leg, that was it,” he stated. “She saw me and freaked. She dropped her cell phone and crashed into two other cars, screaming, it was awesome.” 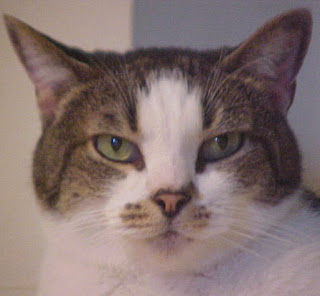 A cat who saw the accident claimed he was “giddy”

Frederico said he then calmly grabbed his briefcase, exited the vehicle, giggled, and walked one block back to his office, unseen.

Elated as causing the mayhem, he told his co-workers of his success and they all toasted him with cooler water and chocolate chip cookies.

One cat who saw the accident claimed he was “giddy” and admitted he had all too often “underestimated spiders” in the past. 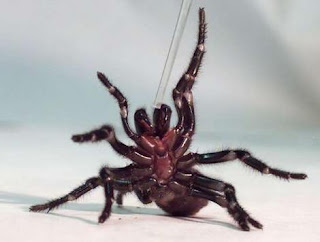 Friends gave Frederico a big high five for his victory

“Anytime you can mess up the day of a human, you should,” said co-worker David, a 1-year-old Funnel Web Spider who is originally from Australia. “We are proud of his on-the-spot ingenuity and celebrate the day.”

There were no serious injuries and ultimately the accident was blamed on the initiating car’s female operator having been using a cell phone at the time of the crash.

Dat line gotted me, too. "Web designer" - what else? But when Mom sees a spider, she usually calls me in to deal wif it. "Bug! Gethebug Victor" is my signal. Bug? Where?